Bangladesh Floods and the Climate Emergency 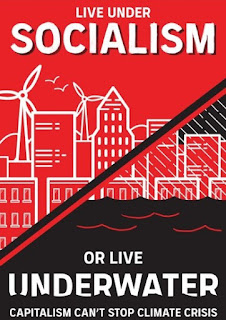 Around a third of Bangladesh is underwater due to recent catastrophic flooding and the climate crisis has played a role in the devastation, according to experts.
The widespread flooding, which has displaced millions of vulnerable people and caused more than 100 deaths, follows the deadly super-cyclone Amphan which hit the region in May. Amphan tore through coastal areas of Bangladesh, a low-lying, heavily-populated country of 162 million people, along with neighbouring regions of India. The cyclone killed more than 100 people and impacted at least 1 million, according to the United Nations, wiping out villages and essential infrastructure with the cost of damage estimated at $11.5 billion.
Torrential monsoon rains this month have compounded the suffering, sending water rushing from hilly areas and causing dangerously high water levels in two of Bangladesh's major rivers, the Brahmaputra and the Meghna.


Developing countries like Bangladesh, which have historically contributed little to the pollution driving increased temperatures and rising sea levels, will suffer the greatest impacts. 10 per cent of the world’s most affluent people are responsible for between 25 and 43 per cent of environmental impact. In contrast, the world’s bottom 10 per cent income earners exert only around 3–5% of environmental impact.
Dr Saleemul Huq, director of the International Centre for Climate Change and Development (ICCCAD) in Bangladesh, told The Independent that the "fingerprint" of climate change could be seen in the magnitude of the recent disasters. I think that this is definitely linked to climate change," Dr Huq said. "This is a one in 20-year flood event that we are having now for the fifth time in the last 20 years. The events didn't happen because of climate change but they are definitely more intense because we've interfered with the climate system." Dr Huq pointed to the direct impacts that global heating had in intensifying Amphan into a super-cyclone in the Bay of Bengal. "Sea surface temperature aggravates the cyclone and makes it more intense," he said. Dr Huq wrote that “it is now apparent that the year 2020 is clearly the year in which the impact of climate change can be identified in both Cyclone Amphan that hit Bangladesh and India a few months ago, as well as the current flooding which is affecting millions of people as well as crops and property”.
A monsoon climate change assessment by the American Meteorological Society in June found that “continued global warming and urbanisation over the past century has already caused a significant rise in the intensity and frequency of extreme rainfall events in all monsoon regions”.
World Meteorological Organisation Secretary-General Petteri Taalas noted this week that “climate change is increasing the risk of extreme rainfall events, flooding and coastal inundation”.
The Bangladesh Directorate General of Health Services said this week that 129 people had died in the floods. Across India, Bangladesh and Nepal, some 550 people have died and millions more have been displaced from their homes, said the International Federation of Red Cross and Red Crescent Societies (IFRC). More than 100 Bangladeshis, mostly children, had drowned while other deaths were attributed to water-borne diseases. More than 3.3 million people had been impacted the flooding and a third of the total are children, according to UNICEF. Millions of Bangladeshis have little in the way of resources to fall back on, in a country where one in five people live below the poverty line and the average wage is less than $5 a day.
Jagan Chapagain, secretary general of the IFRC, told AP that South Asia could face a humanitarian crisis.
“People in Bangladesh, India and Nepal are sandwiched in a triple disaster of flooding, the coronavirus and an associated socioeconomic crisis of loss of livelihoods and jobs,” he said. “Flooding of farmlands and destruction of crops can push millions of people, already badly impacted by Covid-19, further into poverty.”
Bangladesh is widely-recognised as one of the most climate-vulnerable countries on the planet with impacts expected to intensify in the coming decades. The number of Bangladeshis displaced by the climate crisis could reach 13.3 million by 2050, according to a 2018 World Bank report. The recent disasters bring into sharp focus the ongoing calls from developing countries to their wealthier counterparts to address the inequities, the so-called “loss and damage” of the climate crisis. Dr Huq said that “loss and damage” remained a deeply political issue and a “taboo” subject in the developed world.
"We are now seeing inevitable loss and damage that is no longer natural but is manmade," he said. "Under the framework, vulnerable developing countries have been demanding some financial mechanism or funding to be made available, to compensate the victims of climate change."
https://www.independent.co.uk/environment/climate-crisis-floods-bangladesh-monsoon-cyclone-amphan-a9648401.html
Posted by ajohnstone at 9:19 pm