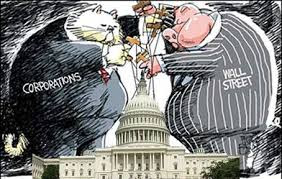 Trump launched a fresh attack on mail-in voting, making a series of false allegations to suggest the 2020 election will be tainted by fraud,  fueling concerns he is laying the groundwork to contest the results of the 2020 election. He put forward a new theory, claiming that foreign countries would print millions of mail-in ballots and mail them to voters. The idea was previously advanced by US attorney general William Barr.


Experts have said that it would be nearly impossible for a foreign country to orchestrate the kind of fraud Trump and Barr are hyping. Trump pointed to the fact that Americans have voted during times of war to suggest that Covid-19 was merely being used as an excuse to “cheat”. But members of the military have long voted by mail and there is a long history of expanding access to the ballot because of war, Alexander Keyssar, a historian who has studied elections, told NBC News in April.
“There are many checks and balances in place to ensure that nobody could just print ‘millions’ of ballots and vote them,” said David Becker, executive director of the Center for Election Innovation and Research, who works with election officials across the country.
“It’s ridiculous. You can’t just print ballots. There is a specific process with vendors or internal to election offices. Ballot tracking is a way that you can add security,” said Amber McReynolds, CEO of the National Vote at Home Institute and a former election official in Denver. “If either Barr or Trump had toured an election office or had advisers that know the process, they would know this is not feasible.”
https://www.theguardian.com/us-news/2020/jun/22/trump-mail-in-voting-fraud-claims
Posted by ajohnstone at 11:56 pm