COVID-19 - Mortality rates and the Poor

New data reveals the poorest in England and Wales have been hit the hardest by coronavirus. People living in the most deprived areas died of Covid-19 at double the rate of those living in the most wealthy areas according to new figures from the Office for National Statistics. 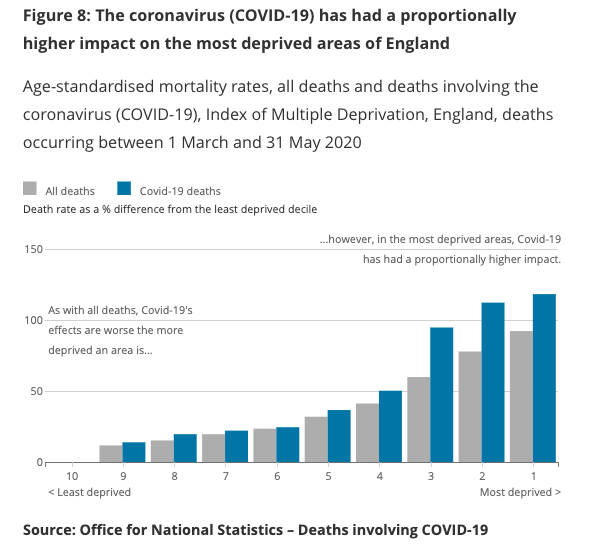