Against police violence and racism 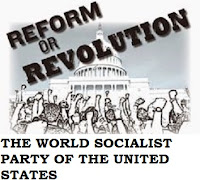 The United States is in the midst of a massive social movement against police violence and racism. As socialists we support this movement wholeheartedly and without reservation.


The movement is leaderless. In this respect it differs from its predecessor – the civil rights movement of the 1960s. Having no leader is one of the movement’s strengths. It cannot be weakened by co-opting or assassinating its leader if it has no leader.


The movement does resemble the civil rights movement in another respect. The great majority of its participants are committed to the strategy of nonviolent resistance. This is also a strength of the movement, one that gives it the broadest possible social base. Besides the huge demonstrations in cities throughout the country, many people have helped the movement in other ways – for instance, journalists who have provided sympathetic media coverage, residents who have given refuge in their homes to protestors fleeing police violence, and bus drivers who have refused to transport arrested protestors to police stations.


The steady expansion of the social base of the movement is confirmed by an opinion poll according to which the proportion of respondents saying they support ‘Black Lives Matter’ rose from about 40% at the beginning of May to nearly 50% on June 2. (A quarter say that they oppose BLM, a quarter that they neither support nor oppose it.)


There has been plenty of police violence, directed against people protesting against police violence. In many places police have gone beyond the norms that used to keep their violence within certain limits. Representatives of the corporate media have discovered to their shock and horror that they and their equipment are no longer safe from police assault. One video shows a police car plowing into a crowd of protestors – you can see people being crushed beneath the wheels and hear their screams.


At the same time, a division within the police force has come into view. In some places police officers have joined the protests. There have been instances of one police officer intervening against another to protect protestors. This shows that when a movement enjoys broad enough public support the police can no longer be relied upon to suppress it.


Although the protest movement has been overwhelmingly nonviolent, there has been some violence on its outer fringes. Far be it from us to join the hypocritical chorus of moral condemnation of such violence. It is understandable as a response to the much greater routine violence of the police – violence that is not even called violence unless it kills someone (or unless it takes place in Iran). Above all, the police violence is unleashed against peaceable unarmed people, while the counterviolence mainly targets property. And only an inveterate racist can regret the destruction of monuments to confederate generals and politicians in the southern states.


Nevertheless, as always happens, the fringe violence received intensive coverage in the corporate media, scaring the public and diverting attention from the issues of police violence and racism. It is bound to narrow the social base of the movement. It has provided the pretext for curfews and may yet serve as the pretext for invoking the Insurrection Act and sending in the army. Trump has been talking a lot about that lately, and the idea has considerable public support. An opinion poll conducted on May 31 and June 1 showed 58% of voters in favor of ‘deploying the military to aid police’ and only 30% against. How many of these respondents understood that ‘deploying the military’ would mean drowning the protests in blood? Fortunately, opposition to military deployment within the power elite, from state and city governments and – most crucially – army generals, has now made Trump change his mind. Americans have been saved from the consequences of their credulity by the commonsense of the military brass.


Trump is prepared to retreat when he has to, but he does not easily give up. We can expect him to make further efforts to stoke the fires, inculcate fear and hatred, and create conditions that will enable him to realize his dream of a military dictatorship. He will be aided in these efforts by those who have infiltrated the protest movement both from the pseudo-revolutionary ‘extreme left’ (who do not know what they are doing) and from the reactionary ‘extreme right’ (who know exactly what they are doing) as well as by agents provocateurs working for the FBI and other elements of the ‘deep state.’


The more people understand what is going on, however, the more likely it is that Trump will fail. There are grounds to hope that the approaching showdown will result in a defeat for the most reactionary forces in American society, opening up the prospect of strengthening the democratic components of the political system and creating improved conditions for the dissemination of socialist ideas.
Anon Ymous
https://www.wspus.org/2020/06/against-police-violence-and-racism/