Nearly a fifth of children in the U.S. without enough food, according to new research from the Hamilton Project.

And one in three households in the country food insecure.

"This is alarming," researcher and report author Lauren Bauer told the New York Times Wednesday of her findings. "These are households cutting back on portion sizes, having kids skip meals. The numbers are much higher than I expected."

Bauer tweeted, "Child and household food insecurity are off the charts."

Bauer said that though her findings were dire, the answer to the problem was obvious.

"Luckily, food insecurity is an unusual policy challenge in that it recommends a clear solution," Bauer wrote. "To reduce the number of people, including children, who have insufficient food due to a lack of resources, policymakers can supply the resources." 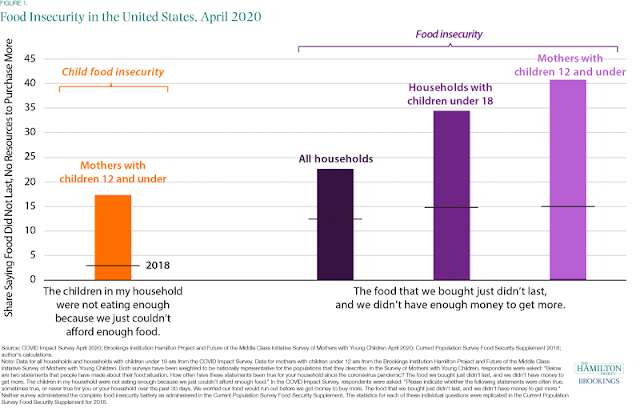