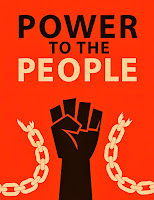 Workers for Instacart, the Silicon Valley start-up that employs 175,000 people to deliver groceries nationwide via its online platform, plan to walk off the job Monday if the company does not immediately provide them with hazard pay and increased safety precautions to protect them from the deadly coronavirus now ravaging the nation.

Instacart's delivery workers are demanding hazard pay of $5 per order, free hand sanitizer and disinfecting wipes, and paid sick leave for workers with pre-existing medical conditions that would make COVID-19, more dangerous if they contract it.

Like millions of sanitation workers, pharmacy and grocery store employees, and healthcare workers across the country, said Instacart worker and strike organizer Vanessa Bain, the company's shoppers "are working on the frontlines in the capacity of first responders"—all while many other Americans are able to work from home.

"Instacart's corporate employees are provided with health insurance, life insurance, and paid time off and [are] also eligible for sick pay and paid family leave," Bain told Vice. adding that the company's gig workers "are afforded none of these protections."
"We deserve and demand better," Bain added. "Without [us], Instacart will grind to a halt."

Bain slammed the company for "profiting significantly off of this pandemic" and planning to hire 300,000 new shoppers to keep up with demand and capitalize on the unemployment crisis resulting from the pandemic, while failing to ensure the safety of its current workers.

"Instacart has been busy crafting a rather heroic public image as the saviors of families sheltered-in-place, and as the economic saviors of laid off workers," Bain explained. "In truth, Instacart is providing no protection to its existing gig workers."

Instacart's current sick leave policy for its delivery workers allows them to take two weeks of paid leave only if they test positive for the coronavirus. With tests in short supply and many Americans being told by healthcare providers that they don't qualify for testing, Instacart could be forcing many of its shoppers to work while ill—or at least contagious. Providing the workers with safety supplies and a fair paid sick leave policy could actually save lives.

Considering delivery and grocery workers are just some of the millions of Americans considered "essential" during the public health crisis, "it's especially cruel to withhold these guarantees from the very workers keeping millions of people fed," tweeted Joelle Stangler, a field director for Sen. Bernie Sanders.

Companies like Uber, Lyft, and Instacart would be nothing without the laborers they treat so poorly—people now deemed 'essential'. No employee, especially those who work for one of the wealthiest corporations in the world, should be forced to work in unsafe conditions. Workers at Amazon warehouses worldwide continue to raise concerns that their employer is not doing enough to protect them from exposure to COVID-19

The pandemic proves that low-waged workers make the world run. Hopefully, history books will record 2020 as the year when people began to mobilize and launch the long-overdue political and social revolution. Common sense tells us it is now time to change what up until now has been considered “conventional” behavior. Now is the time to build  a movement for radical social change. We are all in this together. Hopefully 2020 will be remembered as the moment of transformational change when working people finally awoke.

Ye are many-they are few.”
Shelley