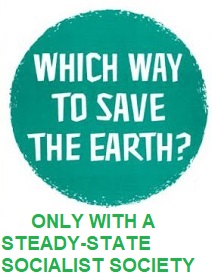 A new a study from McGill University and the University of Minnesota published in the journal Nature compared organic and conventional yields from 66 studies and 316 trials. Researchers found that organic systems on average yielded 25% less than conventional, chemical-intensive systems—although this was highly variable and context speciﬁc. Embracing the current conventional wisdom, authors argue for a combination of conventional and organic farming to meet “the twin challenge of feeding a growing population, with rising demand for meat and high-calorie diets, while simultaneously minimizing its global environmental impacts” (Seufertet al. 2012, 3).

Unfortunately, neither the study nor the conventional wisdom addresses the real cause of hunger. Hunger is caused by poverty and inequality, not scarcity.

For the past two decades, the rate of global food production has increased faster than the rate of global population growth. According to the Food and Agriculture Organization of the United Nations the world produces more than one and half times enough food to feed everyone on the planet. That’s already enough to feed 10 billion people, the world’s 2050 projected population peak.

But the people making less than $2 a day—most of whom are resource-poor farmers cultivating un-viably small plots of land—cannot afford to buy this food. In reality, the bulk of industrially produced grain crops (most yield reduction in the study was found in grains) goes to biofuels and conﬁned animal feedlots rather than food for the one billion hungry. The call to double food production by 2050 only applies if we continue to prioritize the growing population of livestock and automobiles over hungry people.

Actually, what this new study does tell us is how much smaller the yield-gap is between organic and conventional farming than what critics of organic agriculture have assumed. Smil’s (2001) claim that organic farming requires twice the land base has become a conventional mantra. In fact, when we unpack the data from the Nature study, we ﬁnd that for many crops and in many instances, the reported yield gap is minimal. With new advances in seed breeding for organic systems, and with the transition of commercial organic farms to diversiﬁed farming systems that have long been shown to “over-yield” in comparison to monocultures, this yield gap will close even further (see Vandermeer 1989).

The Nature article examined yields in terms of tons per acre and did not address efﬁciency (i.e., yields per units of water or energy) nor environ-mental externalities (i.e., the environmental costs of production in terms of greenhouse gas emissions, soil erosion, biodiversity loss, etc.) and fails to  mention that conventional agricultural research enjoyed 60 years of massive private and public sector support for crop genetic improvement, dwarﬁng funding for organic agriculture by 99 to 1.

The higher performance of conventional over organic methods may hold between what are essentially both mono-cultural commodity farms. This misleading comparison sets organic agriculture as a straw man to be knocked down by its conventional counterpart. But for the 1.5 billion subsistence farmers working small plots—producing around half the world’s food—monocultures of any kind are unsustainable.

Non-commercial poly-cultures are better for balancing diets, reducing risk, and thrive without agro-chemicals. Agro-ecological methods that emphasize rich crop diversity in time and space conserve soils and water and have proven to produce the most rapid, recognizable and sustainable results among poor farmers (Altieri 2002).

In areas in which soils have already been degraded by conventional agriculture’s chemical “packages,” agroecological methods can increase productivity by 100–300% (Bunch 1985; Natarajan and Willey 1996;Holt-Giménez 2006).

This is why the U.N. Special Rapporteur on the Right to Food released a report advocating for structural reforms and a shift to agroecology (DeSchutter 2010).

It is why the 400 experts commissioned for the four-year International Assessment on Agriculture, Science and Knowledge for Development (IAASTD 2008) also concluded that agroecology and locally based food economies (rather than the global market) where the best strategies for combating poverty and hunger.