The Rise of the Right 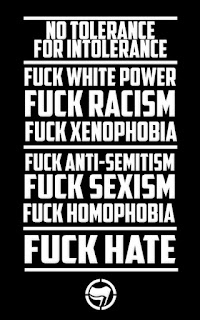 The rise of far-right terrorism in Britain has been driven by years of austerity, the former head of MI5 has said.

He warned that organisations who have “explicitly decided that terrorism was part of the way forward” were on the rise, adding: “Partly I suspect it is a reflection of the social pressures on communities as a result of austerity measures. There seems to be a constituency of disaffected males who find extreme right-wing beliefs attractive, and they have started to get their acts together to organise into groups and plot.”
The number of white terror suspects being arrested in the UK has outstripped those of Asian appearance for two years in a row.

“There was a significant alienated and disenfranchised group out there who didn’t think the system was taking any notice of them,” Lord Evans said. “Attention still needs to be paid to this group, as it is not clear that they will feel entirely assuaged as a result of the fact that people are paying wider attention to them now. Terrorist problems emerge when you have a significant population who feel alienated and nobody takes notice of them, causing frustration and anger.”
https://www.independent.co.uk/news/uk/home-news/far-right-terrorism-uk-austerity-cuts-mi5-a9424596.html