The problem is capitalism – not humanity 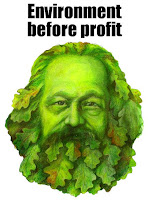 Sustainable Soils Alliance (SSA) have discovered that just 0.41% of the cash invested in environmental monitoring goes on examining the soil creating a vital knowledge gap, despite the fact that soils round the world – including in the UK – are said to be facing a crisis.

The SSA – a group of farmers, academics and environmentalists - says under-investment in soil monitoring is leaving the public in the dark about the state of the countryside and leading to heightened flood risk, threats to food security and loss of biodiversity.


Its spokesman Chris Collins said, “To reverse the degradation of our soils and return them to a healthy state nationally we need a long-term commitment to monitoring - both at farm and national level. Without a functioning monitoring programme we are being kept in the dark over the state of our soils.’’

SSA director, Ellen Fay, told BBC News, “We could be actually saving money – and the environment – by investing in soil monitoring because understanding soil would tell us a great deal about the health of our water and air too.”

Professor Bridget Emmett from the Centre for Hydrology and Ecology told BBC News, “What’s the state of our soil - we simply don't know.
A report by the Commons Environment Audit Committee in 2016 warned that some of the UK’s most fertile fields were losing so much soil they could become unproductive within a generation.
That’s because modern farming methods typically don’t protect the soil from losing its carbon content (vital for combating climate change) or from being washed off by heavy rain.


Marx published on environmental questions.  Marx and Engels both observed, the build-up of excrement in cities such as London reached catastrophic levels. This not only polluted the river but at the same time left the fields unfertilised.


Marx observed, "The property in the soil is the original source of all wealth"

In Capital Vol. 1 Marx says “All progress in capitalist agriculture, is not only a process in robbing the labourer but robbing the soil. All progress in increasing the fertility of the soil for a given time, is a progress towards ruining the last sources of that fertility. The more a country develops its foundations of modern industry, the more the rapid is this process of destruction. Capitalist production therefore develops technology, and the combining together of various processes into a social whole, only by sapping the original sources of all wealth, the soil and the labourer.” He writes "Large-scale industry and industrially pursued large-scale agriculture have the same effect. If they are originally distinguished by the fact that the former lays waste and ruins labour-power and thus the natural power of man, whereas the latter does the same to the natural power of the soil, they link up in the later course of development, since the industrial system applied to agriculture also enervates the workers there, while industry and trade for their part provide agriculture with the means of exhausting the soil."

In practical terms Marx talks about the sewage and pollution of London and the inability of capitalism to transform this into fertiliser. In Capital Vol. 3 Marx said, “In London...they can do nothing better with the excrement produced by 4.5 million people than pollute the Thames with it, at monstrous expense".

Marx argued that soil nutrients (nitrogen, phosphorus, and potassium) were sent in the form of food and fibre sometimes hundreds and thousands of miles to the cities, where, instead of being recycled back to the land, these nutrients ended up polluting the urban centres, with disastrous results for human health.  Marx stated that "Even an entire society, a nation, or all simultaneously existing societies taken together are not owners of the earth. They are simply its possessors, its beneficiaries, and have to bequeath it in an improved state to succeeding generations as boni patres familias [good heads of the household]."


Engels wrote in The Housing Question:
“The abolition of the antithesis between town and country is no more and no less utopian than the abolition of the antithesis between capitalists and wage-workers. From day to day it is becoming more and more a practical demand of both industrial and agricultural production. No one has demanded this more energetically than Liebig in his writings on the chemistry of agriculture, in which his first demand has always been that man shall give back to the land what he receives from it, and in which he proves that only the existence of the towns, and in particular the big towns, prevents this. When one observes how here in London alone a greater quantity of manure than is produced in the whole kingdom of Saxony is poured away every day into the sea with an expenditure of enormous sums, and what colossal structures are necessary in order to prevent this manure from poisoning the whole of London, then the utopia of abolishing the distinction between town and country is given a remarkably practical basis.”

His work showed how the division of town and country led to loss of soil fertility while at the same time imposing a great burden of pollution and disease in the urban centres.