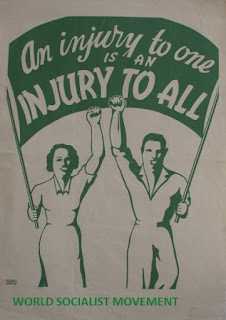 The world is in a crisis. The COVID-19  pandemic itself, and the economic crash that has been a consequence. When the pandemic first emerged, scientists did not yet even understand the nature of the new virus and it was impossible to assess the severity of the danger. That did not deter some politicians from reassuring the public and others from voicing the most alarmist predictions. One approach has been closing borders, scapegoating foreign countries, protecting the interests of elites and corporations. Another is the global grassroots mutual aid movement, rooted in cooperation and solidarity. This approach recognises that humanity’s well-being  transcends borders. To mitigate this current crisis, we must work together.

While there may be a limited role for military resources to be used for civilian ends during this crisis, such as to staff hospitals and speed the supply of medical equipment, decades of prioritising defence instead of devoting resources towards human needs have left us woefully unprepared to meet this crisis.

Politically, America’s economic sanctions on countries such as Cuba, Iran, Venezuela, and North Korea are exacerbating the impacts and contributing to the spread of the coronavirus pandemic. To keep them in place – and even to impose new sanctions at this time is unacceptable , counterproductive, inhumane, and, as this crisis reveals, dangerous for the entire world.

This crisis demands unprecedented levels of global cooperation. To achieve this, we must end our nationalist competitive mindset.

Rebecca Solnit's 2010 ‘ A Paradise Built in Hell ’ observes that in a profound crisis, most people will care for themselves and others, including both strangers and friends, and that "the image of the selfish, panicky, or regressively savage human being in times of disaster has little truth to it"

The 2011 book Community Resilience in Natural Disasters teach us that values of volunteerism, acts of courage, and other forms of selflessness are more often than not evident.

A 2018 New York Times article on preparing communities for a disaster quotes a New York commissioner who similarly asserts that "people are hard-wired to come together as a community after disasters."

This community sentiment in the midst of a crisis serves to remind us of mankind’s capacity for altruism that has never really fitted with capitalism’s prevailing narrative of individualism. Our own health and well-being are dependent on the health and well-being of everyone else. Each of us is only as healthy as the least-healthy among us. Eliminating the profit motive will remove some of the major obstacle to the prevention of new viruses developing from epidemics to pandemics.

Posted by ajohnstone at 4:59 pm