President Trump has stepped up use of the label "Chinese virus." Another unnamed White House official used an additional derogatory language referring to the virus as "Kung Flu." Sen. John Cornyn (R-Texas) claimed that "China is to blame because the culture where people eat bats & snakes & dogs & things like that."

People of Asian descent have been taunted with racist abuse, and physical threats.


The National Nurses United are calling on President Trump and other Republican officials to stop using racist and xenophobic language targeting China and Chinese people for the global novel coronavirus pandemic.

"It is alarming to hear our highest public officials calling this dangerous pandemic a 'Chinese' virus which is not only terribly misleading, it encourages acts of bigotry and threats of violence against people of Chinese descent as well as other Asian people," says NNU executive director Bonnie Castillo, RN, executive director. In fact, Castillo noted, a number of highly developed Asian nations—including China, South Korea, Taiwan, and Singapore—have demonstrated a much more rapid and effective response to containing the spread of the virus and providing treatment for those infected, than the U.S. and many European countries. Many of their health care systems were set up to rapidly expand testing, social distancing and isolation measures, and treatment, and had more capacity to care for those harmed.  "As a global community we should be promoting international cooperation and sharing resources for testing, medical treatment, and the critical search for an effective vaccine. That, not blame, is how to end this crisis," Castillo says.

Blaming any one nationality or ethnicity only tears people apart and puts people in danger. We must stand together as one people, and understand that bullying, and threats will only make this severe national crisis worse," adds NNU President Jean Ross, RN. "People of every nationality, every race, every ethnicity around the world have been infected, and are dying from COVIS-19. We can only fight this deadly virus as one people," says Ross.

"As nurses, we know that kindness and humanitarian compassion are at the core of healing, they are also at the heart of public health and safety," says NNU President Zenei Cortez, RN.

We are one planet—one people. This isn’t idealism; it’s the most pragmatic social organizing principle possible. We need to reach out and connect with one another now more than ever. 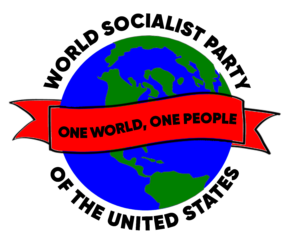 Posted by ajohnstone at 1:35 am