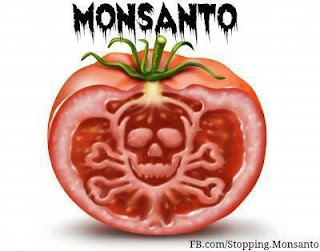 The US agriculture giant Monsanto and the German chemical giant BASF were aware for years that their plan to introduce a new agricultural seed and chemical system would probably lead to damage on many US farms.

Risks were downplayed even while they planned how to profit off farmers who would buy Monsanto’s new seeds just to avoid damage, according to documents unearthed.

The documents also reveal how Monsanto opposed some third-party product testing in order to curtail the generation of data that might have worried regulators.


The new crop system developed by Monsanto and BASF was designed to address the fact that millions of acres of US farmland have become overrun with weeds resistant to Monsanto’s glyphosate-based weedkillers, best known as Roundup. The collaboration between the two companies was built around a different herbicide called dicamba.


In the Roundup system, farmers could spray glyphosate herbicides such as Roundup over the top of certain crops that Monsanto genetically engineered to survive being sprayed with the pesticide. This “glyphosate-tolerant” crop system has been popular with farmers around the world but has led to widespread weed resistance to glyphosate. The new system promoted by Monsanto and BASF similarly provides farmers with genetically engineered dicamba-tolerant soybeans and cotton that can be sprayed directly with dicamba. The weeds in the fields die but the crops do not. Dicamba has been in use since the 1960s but traditionally was used sparingly, and not on growing crops, because it has a track record of volatilizing – moving far from where it is sprayed – particularly in warm growing months. As it moves it can damage or kill the plants it drifts across. The companies announced in 2011 that they were collaborating in the development of the dicamba-tolerant cropping systems, granting each other reciprocal licenses, with BASF agreeing to supply formulated dicamba herbicide products to Monsanto. The companies said they would make new dicamba formulations that would stay where they were sprayed and would not volatilize as older versions of dicamba were believed to do. With good training, special nozzles, buffer zones and other “stewardship” practices, the companies assured regulators and farmers that the new system would bring “really good farmer-friendly formulations to the marketplace”.


But records show agricultural experts warned that the plan to develop a dicamba-tolerant system could have catastrophic consequences. The experts told Monsanto that farmers were likely to spray old volatile versions of dicamba on the new dicamba-tolerant crops and even new versions were still likely to be volatile enough to move away from the special cotton and soybean fields on to crops growing on other farms.
Importantly, under the system designed by Monsanto and BASF, only farmers buying Monsanto’s dicamba-tolerant cotton and soybean seeds would be protected from dicamba drift damage. Other cotton and soybean farmers and farmers growing everything from wheat to watermelons would be at risk from the drifting dicamba.
According to a report prepared for Monsanto in 2009 as part of industry consultation, such “off-target movement” was expected, along with “crop loss”, “lawsuits” and “negative press around pesticides”. Just as Monsanto has done in the Roundup litigation, Monsanto and BASF sought to keep most of the discovery documents they turned over in the dicamba litigation designated confidential. Several million acres of crops have now been reported damaged by dicamba, according to industry estimates.
The documents show that both companies were excited about the profit potential in the new system. BASF projected its new dicamba herbicide would be a “$400m brand in two years”, with sales by May 2017 exceeding $131m and a gross profit of 45%. The companies saw part of the opportunity in selling to soybean and cotton farmers who didn’t need or want the special dicamba-tolerant crops but could be convinced to buy them as a means to protect their crops from dicamba drift, the documents show. That strategy was noted in multiple documents. In one BASF 2016 strategy update, the company noted “defensive planting” as a “potential market opportunity”. Monsanto also saw “new users” in farmers who suffered drift damage.
https://www.theguardian.com/us-news/2020/mar/30/monsanto-crop-system-damage-us-farms-documents