A New Movement is Coming 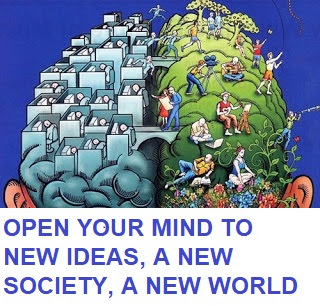 A possible apocalypse looms, and some experts say it will get worse. On March 11, the World Health Organisation (WHO) declared the coronavirus outbreak a pandemic and the list of affected countries continues to grow rapidly. Nations that were accustomed to watching epidemics such as Ebola from afar are now scrambling to contain the virus before it gets out of control. Countries are closing their borders and curtailing the movement of their own citizens. The COVID-19 pandemic has ground the world to a halt.

The virus is exposing inadequacies in health systems all over the world but especially in the the U.S. where its abysmal health infrastructure is starkly revealed. We have learned that there exists no public health system in the US, the richest nation in the world. The U.S. healthcare system has always been horrendous, but this pandemic has focussed upon its multiple failures.

Dr. Anthony S Fauci, director of the National Institute of Allergy and Infectious Diseases said: “The system does not, is not really geared to what we need right now … It is a failing, let’s admit it.”and as a whole. Late last week the Fed made $1.5 trillion available to banks. When it comes to the health of its citizens as a whole, such money isn’t available. How often did you hear the candidates for the Democratic Party nomination castigate Medicare For All as unaffordable but the State’s giant check-book is brought out at a moment’s notice to prevent financial rather than personal individual devastation.

Almost 30% of American workers have no paid sick leave from their employers, including 70% of low-income workers earning less than $10.49 an hour. Vast numbers of self-employed workers cannot afford sick leave. Friday’s deal between House Democrats and the White House won’t have much effect because it exempts large employers and offers waivers to smaller ones.

Healthcare in America is delivered mainly by private for-profit corporations. As a result, the nation’s supply of ventilators isn’t nearly large enough to care for projected numbers of critically ill coronavirus victims unable to breathe for themselves. Its intensive care unit beds fall woefully short of the number that are likely to be needed. Health workers on the ground continue to provide care during the pandemic despite the severe lack of resources and dangers to their personal health.

The U.S. has had months to prepare for this pandemic. From the outset, there should have been a mass mobilization of mask production, ventilation production, and PPE (protective personal equipment, e.g., masks, gowns, gloves, face shields, etc.) production. There should have also been a conversion of buildings or building of new sites for ICU beds, but capitalism is showing it is incapable of mobilizing adequately.

Hospital administrations have repeatedly ignored nurses’ calls for safe staffing ratios, which, if instituted, would have made handling a pandemic more tolerable. Now, around the country they are scrambling, putting out calls for retired nurses to return to work to help fill staffing gaps. Capitalists’ consistent push for profits is now coming home to roost.

Most jobless Americans don’t qualify for unemployment insurance because they haven’t worked long enough in a steady job, and the ad-hoc deal doesn’t alter this. Meanwhile, more than 30 million Americans have no health insurance. Eligibility for Medicaid, food stamps and other public assistance is now linked to having or actively looking for work.

It’s hard to close public schools because most working parents cannot afford childcare. Many poor children rely on school lunches for their only square meal a day. In Los Angeles, about 80% of students qualify for free or reduced lunches and just under 20,000 are homeless at some point during the school year.

What is currently unfolding in the U.S. is what happens when you develop a healthcare system predicated around extracting profit from the sick, a system that continually attempts to drive down costs whenever possible. A system that only reacts to disease instead of preventing disease. We not only need a new healthcare system, but a new economic system that values life over profit. Capitalism will never give us what we need. Hopefully, COVID19 will be our wake-up call. This crisis is so global, so encompassing, so pervasively universal—touching virtually every person on the planet—that it not only begs for an immediate and comprehensive response, it opens up the possibility for a long-term cultural shift toward a more just, peaceful and sustainable order.

While combating this pandemic with xenophobia and “us versus them” nationalism has been the reaction of some, the reality is that, if we are to survive this crisis effectively, it will requires comprehensive approach of coordination and cooperation. In spite of rampant nationalistic tendencies, this disease emphasises the interconnectedness of the people of our planet Earth. We are all in this together, and that togetherness does not stop at national borders.  We are already seeing some of these new relationships in action. People are not only protecting themselves, they are engaging in social responsibility and expressing solidarity, responding instinctively with empathy and compassion. COVID-19 is revealing the need for a society and system capable of handling such transnational emergencies.

We cannot predict what the long-term effect of the COVID-19 pandemic will be.  Perhaps, after it passes, we will resume the life as we have always known. Whatever the outcome, the experience of COVID19 pandemic may summon the global resolve to, once and for all, tackle the series of grave “contagions” that are growing all around us: the epidemic of economic inequality; the epidemic of racism, sexism and homophobia; the epidemic of nationalism and xenophobia; the epidemic of militarism; and the existential threat of planetary collapse from climate change.  Our struggle agains COVID-19 offers us the opportunity of both seeing a new way and the chance to change our way of life.

The greatest social movement in human history is coming.  Each of us is called to join it.  It is a global movement, a movement of movements.  It is learning from the history of movements that has been accelerating over the past century.  It is rooted in the blood and tears of millions who have spent their lives throughout history clamoring for justice, working for peace, laboring for a world that works for everyone. This movement will not appear by magic. Let us commit ourselves to the systemic transformation needed now more than ever.