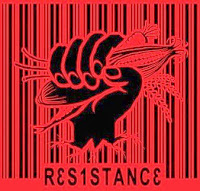 Virtually no one in the world doubts that today’s times have become desperate. Extreme weather events don’t just cost money; climate change costs lives across the globe and causes species extinction. The climate crisis is radicalising a whole section of the population but mostly many young people who are coming to conclusions that the system can’t stop global warming. Yet they look to governments and the free market for a solution which our rulers might accept, and hope the mighty and the powerful will listen to reason despite all the evidence of their indifference. Capitalism has simply proven incapable of stopping or limiting climate change. Capitalism craves profits is driven by ’short termism’ in its hunger for proﬁts. Stock-market investment decisions are made on the basis on what will bring a return in the quickest time. Capitalist corporations, in order to survive competition, resist having a long-range outlook for their return on investment. So do the stockholders, or they will put their money into other corporations that do bring in quick returns. The corporations must make back their initial investment in plant and equipment quickly, so that their future profits become pure gravy. Concern for the environment, on the other hand, is a long term process that requires giving up the concept of profit in favour of satisfying human needs. Capitalism does not operate to satisfy human needs.  Capitalism creates wants instead of satisfying needs.

Competition to create new markets calls for a continual new products that have little to no use-value to the consumer. Just how many different products do we actually desire? Up to the time of any new product’s introduction we have always gotten along fine without it. But through massive and inescapable advertising, we are addicted to cosmetics, new fashions in clothes, or giant SUVs. Profit maximisation is the goal. This constant introduction of useless or harmful consumer goods produces increased useless consumption of resources and increased harmful dumping of waste, with accelerating destruction of the environment at both ends of the process – natural resource inputs and waste product outputs.

Such a system cannot plan rational decisions about what to produce that is separate from the bottom line of proﬁts. The capitalist class are incapable of seriously addressing the problem with their pitifully ineffective gestures at addressing global warming.

“What cared the Spanish planters in Cuba, who burned down forests on the slopes of the mountains and obtained from the ashes suﬃcient fertiliser for one generation of very highly proﬁtable coﬀee trees - what cared they that the heavy tropical rainfall afterwards washed away the unprotected upper stratum of the soil, leaving behind only bare rock” (Engels, The Part played by Labour in the Transition from Ape to Man)

Often accepting the argument that capitalism is the cause of climate change many climate activists, nevertheless, reject common ownership and the democratic running of production and distribution as the way forward. The Socialist Party is told that the situation is critical and there is no time to wait for the far-off revolution to come. Now is the time for ‘eﬀective’ campaigning for “effective” reforms would will force governments to act with legislation and regulation and produce speedier results than any struggle to overthrow capitalism would.

Members of the Socialist Party answer is that whether capitalism has the solutions to the climate crisis is not the question. Instead it is very obviously failing so do so. Of course advocating socialism will not be all that is required but it is the primary demand. Seeking to change the lifestyle of consumerism and high energy use misses the point. It is not about consuming less for most of the planets inhabitants or even for most of the population in the west. It is about stopping capitalism from consuming the planet and ending the inequalities at its heart. The Socialist Party strategy is about building a movement that  identifies capitalism as the cause of both climate change and all the misery and inequalities around the world. Our challenge in the Socialist Party is to win over environment activists to the struggle for revolutionary change to ensure the survival of civilisation in what may be greatest threat humanity has ever faced.

Only socialism can create a sustainable world. Only a system in which use-value, rather than exchange-value, is the basis of society can even contemplate reversing climate change. Only system people collectively control their shared needs, rather than a system that serves small privileged class for its own individual profit can, in fact, act in this way.

One idea subscribed to by many sincere campaigners, but also pushed deliberately by certain institutions, is that overpopulation in the world is the main cause of both global warming and resource depletion. Many claim that the Earth’s carrying capacity has been exceeded by too many people. In today’s world the problem is not too many people, but rather capitalism’s enforced poverty. The World’s population could be reduced by half or more and there would still be unemployment, poverty, disease, and all the other horrors of capitalism. Indeed when the world’s population was half its present size these scourges were just as prevalent. There is no solution to resource depletion and global warming – nor to poverty, racism, exploitation, and war – outside of world socialism.

Socialism is the only form of organisation in which the world’s people will be capable of solving all these problems and restoring a sustainable relationship between humanity and the rest of nature. Competitive forms of social organisation, such as capitalism, are not capable of taking any actions along these lines, other than token ones because of its inherent necessity of expansion. As long as capitalism exists, with its expansionist tendencies, we will be incapable of solving the problems of humanity’s interaction with nature, in which nature is used up in the drive for profits and the waste products choke and starve us. Only socialism will permit us to halt our accelerating advance toward the cliff-edge. The hazards of continuing capitalist exploitation of the working class are now clear. In order to save ourselves, working people must remove this obstacle to cooperative action. When we are able to rationally plan the production only of things we really need –coordinated and cooperative planning by a socialist society, without the interference of the profit motive, will permit us to act according to our needs. 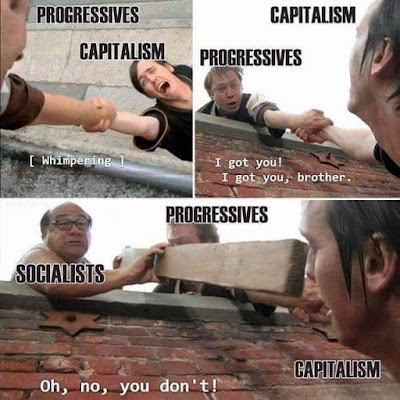