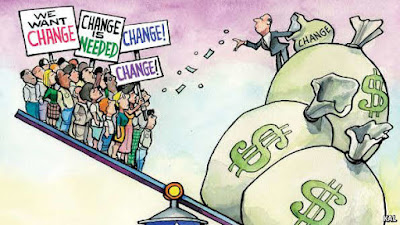 The USA has the world’s 10th highest per capita income at $62,795 and an unrivalled gross domestic product (GDP) of $21.3 trillion.

Put another way, according to the Children’s Defense Fund, kids now constitute one-third of the 38.1 million Americans classified as poor and 70% of them have at least one working parent.

Yes, the proportion of kids living below the poverty line has zigzagged down from 22% when the country was being ravaged by the Great Recession of 2008-2009 and was even higher in prior decades, but no one should crack open the champagne bottles just yet.

The relevant standard ought to be how the United States compares to other wealthy countries. The answer: badly. It has the 11th highest child poverty rate of the 42 industrialized countries tracked by the Organization for Economic Cooperation and Development (OECD). Winnow that list down to European Union states and Canada, omitting low and middle-income countries, and our child poverty rate ranks above only Spain’s.

Washington allocates only 9% of its federal budget to children, poor or not. That compares to a third for Americans over 65, up from 22% in 1971. If you want a single fact that sums up where we are now, inflation-adjusted per-capita spending on kids living in the poorest families has barely budged compared to 30 years ago whereas the corresponding figure for the elderly has doubled.

Defining poverty may sound straightforward, but it’s not. The government’s annual Official Poverty Measure (OPM), developed in the 1960s, establishes poverty lines by taking into account family size, multiplying the 1963 cost for a minimum food budget by three while factoring in changes in the Consumer Price Index, and comparing the result to family income. In 2018, a family with a single adult and one child was considered poor with an income below $17,308 ($20,2012 for two adults and one child, $25,465 for two adults and two children, and so on). According to the OPM, 11.8% of all Americans were poor that year.

By contrast, the Supplementary Poverty Measure (SPM), published yearly since 2011, builds on the OPM but provides a more nuanced calculus. It counts the post-tax income of families, but also cash flows from the Earned Income Tax Credit (EITC) and the Child Tax Credit (CTC), both of which help low-income households. It adds in government-provided assistance through, say, the Supplemental Nutritional Assistance Program (SNAP), Temporary Aid to Needy Families (TANF), the Children’s Health Insurance Program (CHIP), the National School Lunch Program (NSLP), Medicaid, subsidies for housing and utilities, and unemployment and disability insurance. However, it deducts costs like child care, child-support payments, and out-of-pocket medical expenses. According to the SPM, the 2018 national poverty rate was 12.8%.

Of course, neither of these poverty calculations can tell us how children are actually faring. Put simply, they’re faring worse. In 2018, 16.2% of Americans under 18 lived in families with incomes below the SPM line. And that’s not the worst of it. A 2019 National Academies of Sciences, Engineering, and Medicine study commissioned by Congress found that 9% of poor children belong to families in “deep poverty” (incomes that are less than 50% of the SPM). But 36% of all American children live in poor or “near poor” families, those with incomes within 150% of the poverty line.

Child poverty also varies by race — a lot. The rate for black children is 17.8%; for Hispanic kids, 21.7%; for their white counterparts, 7.9%. Worse, more than half of all black and Hispanic kids live in “near poor” families compared to less than a quarter of white children. Combine age and race and you’ll see another difference, especially for children under five, a population with an overall 2017 poverty rate of 19.2%.  Break those under-fives down by race, however, and here’s what you find: white kids at 15.9%, Hispanic kids at an eye-opening 25.8%, and their black peers at a staggering 32.9%.

The child poverty rate shifts by state and the differences are stark. North Dakota and Utah are at 9%, for instance, while New Mexico and Mississippi are at 27% and 28%. Nineteen states have rates of 20% or more. Check out a color-coded map of geographic variations in child poverty and you’ll see that rates in the South, Southwest, and parts of the Midwest are above the national average, while rural areas tend to have higher proportions of poor families than cities. According to the Department of Agriculture, in rural America, 22% of all children and 26% of those under five were poor in 2017.


Imagine, for a moment, this scenario: a 200-meter footrace in which the starting blocks of some competitors are placed 75 meters behind the others. Barring an Olympic-caliber runner, those who started way in front will naturally win. Now, think of that as an analogy for the predicament that American kids born in poverty face through no fault of their own. They may be smart and diligent, their parents may do their best to care for them, but they begin life with a huge handicap.


As a start, the nutrition of poor children will generally be inferior to that of other kids. No surprise there, but here’s what’s not common knowledge: a childhood nutritional deficit matters for years afterwards, possibly for life. Scientific research shows that, by age three, the quality of childrens’ diets is already shaping the development of critical parts of young brains like the hippocampus and prefrontal cortex in ways that matter. That’s worth keeping in mind because four million American kids under age six were poor in 2018, as were close to half of those in families headed by single women.


Indeed, the process starts even earlier. Poor mothers may themselves have nutritional deficiencies that increase their risk of having babies with low birthweights.  That, in turn, can have long-term effects on children’s health, what level of education they reach, and their future incomes since the quality of nutrition affects brain size, concentration, and cognitive capacity. It also increases the chances of having learning disabilities and experiencing mental health problems.


Poor children are likely to be less healthy in other ways as well, for reasons that range from having a greater susceptibility to asthma to higher concentrations of lead in their blood. Moreover, poor families find it harder to get good health care. And add one more thing: in our zip-code-influenced public-school system, such children are likely to attend schools with far fewer resources than those in more affluent neighborhoods.
According to the Centers for Disease Control and Prevention (CDC), between 2008 and 2012, a third of women in their childbearing years filled opioid-based medication prescriptions in pharmacies and an estimated 14%-22% of them were pregnant. The result: an alarming increase in the number of babies exposed to opioids in utero and experiencing withdrawal symptoms at birth, which is also known as neonatal abstinence syndrome, or NAS, in medical lingo. Its effects, a Penn State study found, include future increased sensitivity to pain and susceptibility to fevers and seizures. Between 2000 and 2014, the incidence of NAS increased by a multiple of four. In 2014, 34,000 babies were born with NAS, which, as a CDC report put it, “is equivalent to one baby suffering from opioid withdrawal born approximately every 15 minutes.” (Given the ongoing opioid crisis, it’s unlikely that things have improved in recent years.)


And the complications attributable to NAS don’t stop with birth. Though the research remains at an early stage — the opioid crisis only began in the early 1990s — it suggests that the ill effects of NAS extend well beyond infancy and include impaired cognitive and motor skills, respiratory ailments, learning disabilities, difficulty maintaining intellectual focus, and behavioral traits that make productive interaction with others harder.
The Social Progress Index places the United States 75th out of 149 countries in “access to quality education” and 70th in “access to quality health care” and poor kids are, of course, at a particular disadvantage.


As for cutting child poverty, it hasn’t exactly been a presidential priority in the Trump years — not like the drive to pass a $1.5 trillion corporate and individual income tax cut whose gains flowed mainly to the richest Americans, while inflating the budget deficit to $1 trillion in 2019, according to the Treasury Department. Then there’s that “impenetrable, powerful, beautiful wall.” Its estimated price ranges from $21 billion to $70 billion, excluding maintenance. And don’t forget the proposed extra $33 billion in military spending for this fiscal year alone, part of President Trump’s plan to boost such spending by $683 billion over the next decade.


As for poor kids and their parents, the president and congressional Republicans are beginning to slash an array of programs ranging from the Supplemental Nutritional Assistance Program to Medicaid — $1.2 trillion worth over the next 10 years — that have long helped struggling families and children in particular get by. The Trump administration has, for good measure, rewritten the eligibility rules for such programs in order to lower the number of people who qualify.
The supposed goal: to cut costs by reducing dependence on government. (Never mind the subsidies and tax loopholes Trump’s crew has created for corporations and the super wealthy, which add up to many billions of dollars in spending and lost revenue.) These supposedly work-ethic-driven austerity policies batter working families with young kids that, for example, desperately need childcare, which can take a big bite out of paychecks: 10% or more for all households with kids, but half in the case of poor families.  Add to that the cost of unsubsidized housing. Median monthly rent increased by nearly a third between 2001 and 2015. Put another way, rents consume more than half the income of the bottom 20% of Americans, according to the Federal Reserve. The advent of Trump has also made the struggle of low-income families with healthcare bills even harder. The number of kids without health insurance jumped by 425,000 between 2017 and 2018 when, according to the Census Bureau, 4.3 million children lacked coverage.

Even before Donald Trump’s election, only one-sixth of eligible families with kids received assistance for childcare and a paltry one-fifth got housing subsidies. Yet his administration arrived prepared to put programs that helped some of them pay for housing and childcare on the chopping block.