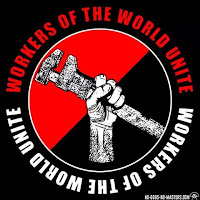 Reform struggles under capitalism to improve the lives and conditions of the people are important in themselves. But they should not be seen as a means to a socialist end. The struggle for reforms limits the capitalists in their relentless drive to intensify exploitation of the working class. Material gains in our share of the social product and advances in democratic rights give workers a stronger base from which to fight. But the same time, the socialist objective is beyond immediate reforms. We know that capitalism is fundamentally incapable of satisfying even many of the most immediate requirements of the people, especially in times of periodic recession a and because of capitalism’s inherent drives for greater productivity and profitability.

Capitalism kills and cripples millions in its wars, in class strife and civil war, in hunger and freezing, in industrial accidents and disease, in malnutrition and child labor, in poverty and crime. It destroys the wealth of society and wastes the labour potential of millions of unemployed or under-employed.

Capitalism is a system of society where all means of production, factories, mines, railroads, are in the hands of private owners called capitalists, while labor power is a commodity which has to be sold to the owners of wealth for use in production in order that the worker may make a living. This class division into capitalists holding or controlling all the wealth, and workers owning nothing but their labour power which they are compelled to sell for a livelihood, is to be found in every phase of capitalist society; modern capitalism, however, is characterised, not only by this division, but by a staggering concentration of wealth. It is the corporation that now owns and operates industries. Employers use you to make profit. How is this profit possible at all? Because he makes you work more than is necessary to defray your wages. In other words, when you work you are not only reproducing the value of your own up keep but you are also producing surplus value which goes to the owner. The longer the working day, the more surplus value you produce. The quicker the pace of your work, the more surplus value you produce within a given time. The capitalist will sell the produced commodity in the market. He will sell it at the price fixed, not by himself individually, but by the corporation of which he is a part. If he can produce more cheaply than his neighbour, his profits will be larger. This is why he drives you on to work faster and faster. This is why he introduces new technology to displace labour and increases unemployment. The capitalist calls it innovation and progress. But what he is thinking about is profits. Every other manufacturer thinks of profits. Every other manufacturer works his workers ever faster and introduces newer and better machinery. The result is that ever greater numbers of workers are being displaced, while the production capacity of the plants is enormously increased.

This is the madness called capitalism. The numbers of actually employed workers grow smaller. The production capacity of the factories and plants grows bigger. The wages of the workers are being cut in order that the employers may get bigger profits, but together with this the purchasing power of the population decreases. Mass production goes on at breakneck speed, while the market shrinks. It seems inconceivable that anything like this should be carried on by reasonable human beings.

This is not an accident. It is the outcome of an insane system where wealth is owned, not by those who produce it, but by those who do not produce anything, who have amassed it out of the work of others under the protection of the law; a system where production is directed, not towards satisfying human wants, but towards making profits for the owners of wealth; a system where productive capacity increases vastly while the purchasing power of the people is being slashed through cuts in wages and through the exploitation of the working farmers by the large corporations; a system where the primary purpose of labour — to satisfy the basic needs of humanity — is completely lost sight of in the scramble for bigger fortunes, for fatter share prices and dividends. Where there exists capitalism, this situation is inevitable.

This is capitalism. This is capitalist civilisation. Expansion made possible by killing and maiming huge masses of innocent people. Scientific advance made to serve the purpose of destruction. Security for the non-producers; starvation for the producers. The parasites held in great esteem while the workers downtrodden and despised. A palace built for a few at the price of blood and tears of the many.

The Socialist Party say it must not. We say this huge waste of human energy and human resources, this colossal amount of human suffering, this humiliation of starving in the midst of plenty, this living in on the dumping grounds of big cities at a time when humanity knows already how to build decent housing, this fiasco which is worse than war and pestilence, can be avoided. Life can be made liveable. Life can be made a continuous and uninterrupted stream of work and cultural growth. This can be achieved only by the working class arising to take over and organise society on a new basis. This basis is to be socialism. 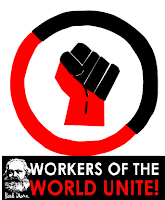