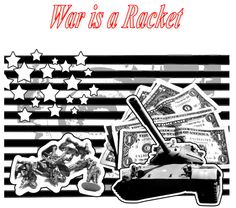 There is one set of people who stand to benefit from the escalation of the conflict: CEOs of major U.S. military contractors.

Wall Street traders know that a war with Iran would mean more lucrative contracts for U.S. weapons makers. Since top executives get much of their compensation in the form of stock, they benefit personally when the value of their company’s stock goes up.

General Atomics, the manufacturer of the MQ-9 Reaper that carried out the assassination of Soleimani. Despite raking in $2.8 billion in taxpayer-funded contracts in 2018, the drone maker is allowed to keep executive compensation information secret. We do know that General Atomics CEO Neal Blue has prospered quite a bit from taxpayer dollars. Forbes estimates his wealth at $4.1 billion.

War profiteering is nothing new. Back in 2006, during the height of the Iraq War, CEO pay at the 34 corporations that were the top military contractors at that time had jumped considerably after the September 11 attacks.

Between 2001 and 2005, military contractor CEO pay jumped 108 percent on average, compared to a 6 percent increase for their counterparts at other large U.S. companies.

War is bad for nearly everyone. But as long as we allow the leaders of our privatized war economy to reap unlimited rewards, their profit motive for war in Iran—or anywhere—will persist.