The wealthy respondents displayed "near-universal life satisfaction" according to the Washington Post, with 90% of people polled saying they were "completely" or "very" satisfied with their lives and 97% saying they believed they are either living the American Dream or are well on their way to achieving it.

Those results differed drastically from those for middle-income households, which make between $35,000 and $99,000 per year, and low-income people, who earn $35,000 or less.

Less than half of the poorest respondents expressed satisfaction with their lives, and two-thirds of middle-income people said the same.

The number of rich people who expressed overall "dissatisfaction" was "statistically indistinguishable from zero," according to Christopher Ingraham at the Post.

"The new survey's first-of-its kind data on the 1% shows that life satisfaction continues to rise with income through at least the $500,000-a-year threshold," Ingraham wrote. "The rich might not be any happier than the rest of us on a day-to-day basis, in other words, but they are an awful lot more self-satisfied."


A number of factors show why low-income Americans report far lower rates of satisfaction with their lives; nearly 40% of respondents in this group said they have trouble paying their bills and about a third of them said they struggle to afford groceries.

Wealthy respondents appeared to concern themselves little with the everyday struggles of those with far fewer resources. More than half of the richest people said they did not believe it should be a priority for lawmakers to reduce income inequality.


A separate study from Emory University showed that while rich Americans largely do not concern themselves with what changes can be made to help those with less, one relatively small step could have a profound effect on low-income workers.

After reviewing increases in the minimum wage at the state level between 1990 and 2005, researchers found that raising the minimum wage above $7.25 per hour—the federal rate—by just $1 could reduce suicides by 27,000.

Increasing the wage by $2 could save 57,000 lives, according to the report.
https://www.commondreams.org/news/2020/01/09/survey-shows-richest-1-not-necessarily-happier-all-money-has-convinced-them-american 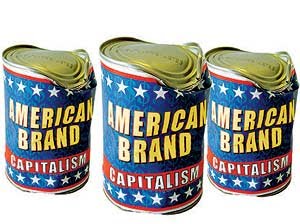