Over-population is a problem for capitalism, not socialism 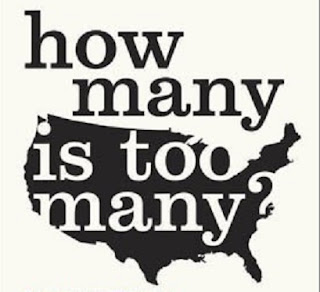 World hunger exists in spite of an abundance of food . Therefore increased food production is no solution. The problem is that many people are too poor to buy readily available food. Is that too difficult to comprehend? For many people, even those keenly interested in the environment, it appears so. Studies pointing to ecological limits to sustain people are often expressed in terms of carrying capacity but these can be different, based on the way we consume resources etc so it is hard to say for sure what over population means let alone if we are at some threshold, below, or above it. There are enough resources to sustain even a  larger population than we currently have. Environmentalist activists who have a genuine altruistic nature and concerns for people and the environment follow the Malthusian principles that simple numbers matter which assumes that if poverty exists it must be because of overpopulation, which is the fault of those people  and their bed-fellows are those who use these same figures for racist purposes—to discriminate against immigrants, to in essence promote eugenics, social Darwinism and so on with such solutions include following draconian population reduction policies, increasing restrictive immigration policies and so on.

People are hungry because they cannot afford food, not because the population is growing so fast that food is becoming scarce. Capitalist economics has led to immense poverty and hunger, and it has not been food scarcity due to over population the cause of hunger around the world. When weighing the impacts on demands by populations versus the way large chemical companies and industrial agricultural businesses promote certain types of agricultural practices, and the serious threat of top soil loss (which will affect yields in the future, where large populations could feel an additional burden), it is less certain that populations and over population is the main cause. In other words, it is a political problem, not a shortage problem. Most hungry populations live in countries that have food surpluses rather than deficits. In fact, it is interesting to note that criticism of Malthusian argumant point out how that it is based on class distinctions, looking at the poor as the cause of the problems.


To understand why people go hungry you must stop thinking about food as something farmers grow for others to eat, and begin thinking about it as something companies produce for other people to buy.
· Food is a commodity. ...
· Much of the best agricultural land in the world is used to grow commodities such as cotton, sisal, tea, tobacco, sugar cane, and cocoa, items which are non-food products or are marginally nutritious, but for which there is a large market.
· Millions of acres of potentially productive farmland is used to pasture cattle, an extremely inefficient use of land, water and energy, but one for which there is a market in wealthy countries.
· More than half the grain grown in the United States (requiring half the water used in the U.S.) is fed to livestock, grain that would feed far more people than would the livestock to which it is fed. ...
The problem, of course, is that people who don't have enough money to buy food (and more than one billion people earn less than $1.00 a day), simply don't count in the food equation.
· In other words, if you don't have the money to buy food, no one is going to grow it for you.
· Put yet another way, you would not expect The Gap to manufacture clothes, Adidas to manufacture sneakers, or IBM to provide computers for those people earning $1.00 a day or less; likewise, you would not expect the food corporations to produce food for them.
What this means is that ending hunger requires doing away with the system that only ensuring those people who have enough money food to eat.
High mortality balanced by a high birth rate led to stable populations but now we have decreasing death rates in poorer countries, due to medical enhancements for child survival, better nutrition, improved sanitation etc led to population increases and that is leading to a drop in fertility rates and family sizes. Religious beliefs that promote large families and lack of education for women are weakening.

For socialists population numbers are a concern as is nvironmental degradation a concern. But the idea to blame environmental degradation on over population and accused the poor of the problems, and not the effects of the economic system that are more damaging leads to inappropriate suggestions on how to deal with the issue. Poverty clearly is related to colonialism and the expansion of the capitalist world economy.

It is foolish to expect a woman to have fewer children if they are her major source of economic security. And it is foolish to force families to reduce their size if the family’s economic well-being depends on the size of the family production unit and its ability to supply labour or bring in additional wages. Poor people do have large families but usually because they need to. For a start, many children die young, so couples have more as a safeguard. Those who do survive often bring in additional income for the family, help with farm work and provide security for parents in their old age.
There’s no doubt that a rapidly growing population can strain a poor country’s natural and financial resources. However, concern over population size often obscures the fact that it’s inequitable distribution of resources (like land) among people, rather than their numbers, that causes poverty.
· Fertility and population-growth rates are declining worldwide.
· Population density nowhere explains today’s widespread hunger.
· Rapid population growth is not the root cause of hunger but is-like hunger-a consequence of social inequities that deprive the poor majority, especially poor women, of the security and economic opportunity necessary for them to choose fewer children.
· To bring the human population into balance with economic resources and the environment, societies must address the extreme maldistribution of access to resources-land, jobs, food, education, and health care. That is our real challenge.
· Family planning cannot by itself reduce population growth, though it can speed a decline. Family planning can best contribute to the transition when it is but one part of comprehensive changes in health care that expand human freedom and opportunity rather than control behavior.
To attack high birth rates without attacking the causes of poverty and the disproportionate powerlessness of people is fruitless. It is a tragic diversion.

Populations no doubt are large in many countries, and demands on resources are obviously large which affect and put stress on the environment. But the claim that overpopulation is the major cause of environmental degradation accurate? While populations can burden the environment, it is the relative impact of population numbers alone versus why and how resource are used that determine the ecological consequences.

Many nations needlessly expend labor, resources, and materials  to support their militaries and are locked into a wasteful system of production and distribution.

How land is used can have enormous impacts on the environment and its sustainability.  Land ownership has become more concentrated in the hands of larger companies, larger agribusinesses and so on which increases hunger and drives rural workers out of jobs. It leads to an increase in  migration as people move to the cities or different countries in hope for a better chance. These economic policies that are based less on people's sharing and development, but more on acquiring wealth and profit lead to additional stress on the larger cities to provide for more people. It also results in more slum areas, health problems and so on. Many easily conclude that by just looking at the cities that we have overpopulation in the world. While the cities are no doubt facing problems of over population, a variety of political and economic circumstances are leading to such conditions and looking only at cities to determine if the planet is over populated misses out these factors.


Land is often mis-used for less than ideal purposes, such as
· Growing cash crops (bananas, sugar, coffee, tea etc) for export to wealthier countries (primarily);
· Diverting productive land for non-productive uses (tobacco, growing flowers for export markets, etc);
· Clearing land and used to grow things like cattle for beef exports. (Parts of the Amazon for example, are cleared for cattle ranches so the beef can be exported for use in fast food restaurants. Smaller parts are cleared by the poor who are forced onto marginal lands, or frontier areas due to poverty.
International trade agreements result in luxuries turned into necessities. Some people, being pushed off their own lands, will move to less arable land or into forests in the hope to farm that, which may conflict with wildlife. Many nature reserves are likewisee encroached upon, not by choice but necessity. Land ownership for the poor provides mechanisms to ensure sustainable farming.

The “science” of ecological limits is often used to conclude that population growth and numbers are the major cause of environmental degradation.The carrying capacity, also known as the ecological footprint is frequently cited by environmentalists. The problem about the theory of carrying capacity is that our capacity for culture and symbolic thought enables us constantly to alter our diets and the way we exploit the environment for food. ... Human beings are capable of constantly changing the rules of subsistence by altering their resource base. In fact, estimates on the Earth's carrying capacity vary widely. It is consequently difficult if not impossible to predict when our ability to provide for additional people will end, if ever. Socialists declare that how we organize ourselves to make use of resources — i.e. our political and economic choices — is the important aspect. What reason we make use of resources is the vital issue. How we interact with each other in all facets of human activitiesare often not factored in by over-populationists. By making this assumption that only population levels are the root cause, rather than a symptom it results in the promotion of ineffective policies, and blaming the victims leaving unaddressed the underlying causes. More people will be poor. More people will go hungry.


For sure the poor want to consume more and such consumption will increase problems no doubt.  Whether intentional or not we cannot deny the poor to have a comfortable secure life like ourelves by equating it will mean less for us and the environment! In order for the elite to thrive, the majority have to go without and this is one of the major (if not the major) causes of world poverty, albeit one that is largely ignored, unknown or denied. The plain fact is that we are starving people, not deliberately in the sense that we want them to die, but wilfully in the sense that we prefer their death to our own inconvenience.

Hence, it is important to address these models of consumption that are now becoming global (via globalization) lifestyles. It is not that the poor should be denied increased consumptions but more that the form of consumption being promoted is what is causing the most environmental degradation and it is that form that is being spread globally. The poor can improve their standards of living while also reducing the  waste created bye current systems of resource usage.
Most of the world's resources are not being consumed for the world's majority of people. Hence, it is difficult to claim that the world's poor and largely populated countries are the major cause of environmental degradation.
As a result, depending on how one looks at it, population issues are not easily reduced and understood by science alone, but the impact of many issues in combination.
Posted by ajohnstone at 3:45 pm