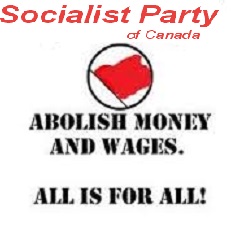 Canadians who cannot afford regular meals are more likely to die early, according to a study showing that people are dying from hunger even in wealthy countries. More than 4 million people in Canada struggle to get enough to eat, official data show, a problem that ranges from running out of food or skipping meals to compromising on quantity and quality. Globally, more than 2 billion people lack access to adequate healthy food, putting them at risk of health problems, including 8 percent of people in North America or Europe, according to the latest data from the United Nations.

The study of more than half a million Canadian adults found that hunger was linked to raised mortality from all causes of death except cancer.


But infectious diseases, unintentional injuries and suicide were twice as likely to kill those who faced severe problems finding enough food as those who do not, said the paper, published in the Canadian Medical Association Journal.


"It's like we found third-world causes in a first-world country," lead author Fei Men, a postdoctoral fellow at the University of Toronto, told the Thomson Reuters Foundation.


"Food insecure people in Canada are facing problems like infections and drug poisoning that we would expect people from developing countries to be facing," he said.


"The results are pretty striking to us as well. In the developed world such as Canada, food insecurity can still cause deaths," Men added.
Not having enough to eat leads to both "material deprivation and psychological distress" which in turn results in chronic inflammation and malnutrition, it said.


"If they have diabetes, they are more likely to not adhere to their treatment and drugs so it might have much bigger and harmful effect on them."
The findings show public health efforts to prevent and treat diseases and injuries should take into account people's access to adequate food, the authors said.