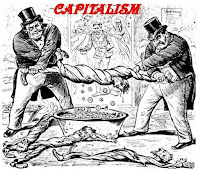 Under the 2017 tax law signed by President Donald Trump, real estate developers and financial institutions that invest in "opportunity zones" receive a capital gains tax cut. There are no safeguards to ensure taxpayers are not simply subsidizing handouts for billionaires with no benefit to the low-income communities this program was supposed to help.

Rule changes proposed by the Trump administration last week could let banks classify investments in professional sports stadiums as aid to the poor, and then give the financial institutions a significant tax break for their efforts. The changes are part of an Office of the Comptroller of the Currency (OCC) and Federal Deposit Insurance Corporation (FDIC) plan to overhaul the Community Reinvestment Act of 1977, which requires banks to invest in low-income communities.

Bloomberg reported , "the agencies drafted a long list hypothetical ways banks could seek to meet their obligations [under the Community Reinvestment Act], including this sentence on page 100 of their proposal: 'Investment in a qualified opportunity fund, established to finance improvements to an athletic stadium in an opportunity zone that is also [a low- or moderate-income] census tract.' There are well over a dozen NFL venues nestled in so-called opportunity zones," Bloomberg noted. "They include M&T Bank Stadium in Baltimore, home of the National Football League's Ravens, which this year completed $120 million in upgrades such as a new sound system... There also are facilities for professional baseball, basketball, soccer, and hockey teams in the zones."

More than 90 large, profitable corporations on the Fortune 500 list effectively did not pay a penny in federal income taxes in 2018, according to a new report  by the Institute on Taxation and Economic Policy.

91 of the 379 companies analyzed took advantage of loopholes to effectively not pay federal income taxes in 2018 despite making a combined profit of $101 billion. That list of companies includes prominent corporate giants such as Amazon, Halliburton, Chevron, Starbucks, and Delta Air Lines.

And an example is presently a proposal that could strip life-saving disability benefits from hundreds of thousands of vulnerable people by further complicating the way the Social Security Administration determines who is eligible for payments. The process for receiving Social Security Disability Insurance (SSDI) and Supplemental Security Income (SSI) is already notoriously complicated, and the Trump administration is attempting to add yet another layer of complexity that critics say is aimed at slashing people's benefits. Currently, beneficiaries are placed in three separate categories based on the severity of their disability: "Medical Improvement Not Expected," "Medical Improvement Expected," and "Medical Improvement Possible." People with more severe medical conditions face less frequent disability reviews. The Trump administration's proposed rule would another category called "Medical Improvement Likely," which would subject beneficiaries to disability reviews every two years. An estimated 4.4 million beneficiaries would be included in that designation, many of them children and so-called Step 5 recipients who are typically 50 to 65 years of age, in poor health, without much education or many job skills and often suffer from maladies such as debilitating back pain, depression, a herniated disc, or schizophrenia."

Alex Lawson, executive director of the progressive advocacy group Social Security Works, told Common Dreams that the rule change "is the Trump administration's most brazen attack on Social Security yet.", adding, "Donald Trump and his advisers know that this will kill people, and they do not care."