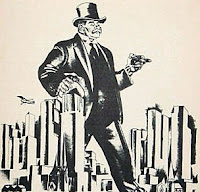 The 500 richest people in the world gained a combined $1.2 trillion in wealth in 2019, further exacerbating inequities that have not been seen since the late 1920s.

According to a new Bloomberg analysis published Friday, which found that the planet's 500 richest people saw their collective net worth soar by 25 percent to $5.9 trillion over the last year.


"In the U.S., the richest 0.1 percent control a bigger share of the pie than at any time since 1929," Bloomberg noted. "The 172 American billionaires on the Bloomberg ranking added $500 billion, with Facebook Inc.'s Mark Zuckerberg up $27.3 billion and Microsoft Corp. co-founder Bill Gates rising $22.7 billion."

According to the Bloomberg Billionaires Index, eight of the 10 richest people in the world are from the U.S.

Despite Amazon CEO Jeff Bezos losing nearly $9 billion in wealth mainly due to his divorce settlement  in 2019, according to Bloomberg, but he will still likely end the year as the richest man in the world with a total net worth of $116 billion. 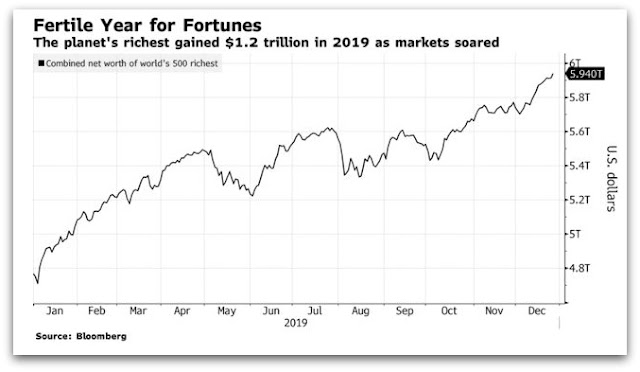