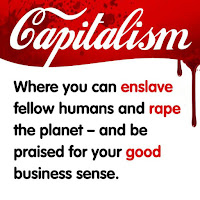 A report, known as European Environment – State and Outlook (SOER), is a comprehensive study produced every five years and details the health or otherwise of all natural systems across EU member states and others including Norway, Switzerland and Turkey.

The old system – of “continuing to promote economic growth and seeking to manage the environmental and social impacts” – would not deliver the EU’s long-term vision of “living well, within the limits of the planet”, the report warned. Pursuing economic growth at the expense of the environment is no longer an option as Europe faces “unprecedented” challenges from climate chaos, pollution, biodiversity loss and the overconsumption of natural resources, according to the report.


Europe was reaching the limits of what could be achieved by gradual means, by making efficiencies and small cuts to greenhouse gas emissions, with “transformational” change now necessary to stave off the impacts of global heating and environmental collapse, warned Hans Bruyninckx, executive director of the European Environment Agency.


“Marginal efficiency gains are not enough – they are not working to bring down emissions,” he said. “There is also a higher cost to marginal efficiency gains, if we keep investing in that. If we focus on making current technologies more efficient, there are limits. If we stick to what we know, it may seem easy but it doesn’t work in the long term.” Accepting environmental damage as an inevitable cost would lead to ecological collapse, Bruyninckx warned.


Fewer than a quarter of protected species and only 16% of habitats are in a good state of conservation. Reduced pollution has improved water quality, but Europe will miss by a long way its goal of having a “good” rating for all water bodies by 2020. Though air quality has improved, about a fifth of the urban population live in areas where concentrations of pollutants exceed at least one EU air quality standard, and 62% of ecosystems are exposed to excessive nitrogen levels.
Global heating has added to the risks to health. For instance, Bruyninckx pointed to the melting ice and permafrost in the far north as a little-considered danger. “Russia has buried some very toxic chemicals beneath the ice and we expect melting ice to release some of them,” he said. “Some chemicals are also sensitive to heat, so if we have more heatwaves that is a risk too.”
“Banning plastic straws and nudging renewable energy targets is no longer enough,” said Jagoda Munić, director of Friends of the Earth Europe. “Only the boldest action to transform our consumption and growth-obsessed economy will do. Every decision [Ursula von der Leyen, the new European commission president] makes must put environment, climate and justice first.”
Franziska Achterberg of Greenpeace added: “The new commission must follow [the EEA] advice and rethink the economic system that for decades has rewarded pollution, environmental destruction and human exploitation.”
https://www.theguardian.com/environment/2019/dec/04/dont-pursue-economic-growth-at-expense-of-environment-report

Posted by ajohnstone at 4:28 pm