A couple of questions answered 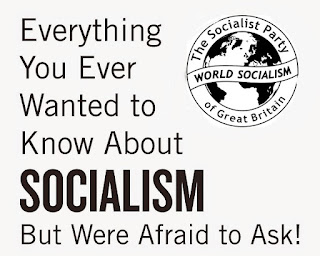 Does Socialism make headway in all countries at the same rate?

At present the world socialist movement is small in all countries though large and increasing numbers of workers are sympathetic to the general idea of socialism. They have yet to convinced of the truth that socialism cannot be brought about by "Labour” Governments put into power by the votes of the discontented, who want to improve capitalism by means of reforms but are so far unable to understand that capitalism needs to be abolished. The experience the workers are having of "Labour" Governments in Britain, Australia, New Zealand, Russia and elsewhere, will hasten the process of winning the workers from Labourism to Socialism.

Whatever differences there may be now between the spread of socialist ideas in one country and another will become smaller not larger as the socialist movement grows, because of one factor which is operating with more and more effectiveness from year to year. That is the extent to which the workers in one country observe and profit by the experience of workers in all countries. Workers in Britain do not need Fascism here to appreciate its uselessness to the working class, they can learn from what happened in Italy and Germany. Likewise workers in countries under Liberal or Conservative or "Communist" Governments will learn not only the uselessness to them of these governments but will also more and more appreciate the inevitable failure of Labour Governments from what they observe takes place in countries with Labour Governments. Capitalism is forcing the workers to take an international view of the problems of the working class.

We can therefore state confidently that by the time a majority of workers have become socialist in one country there will be majorities or near-majorities in all the industrialised capitalist countries. Moreover, the socialist parties will constitute an international body acting harmoniously together as a single movement. At that time the capitalist parties and governments will ho longer be in a position to offer serious opposition to the world socialist movement either in the countries with socialist majorities or in those where the socialists, though strong, are not quite in the majority. The time for action to establish socialism internationally, and the steps to be taken to deal with the weakened remnants of capitalist parties and governments will be matters for decision by the world socialist movement as a whole, and the capitalist remnants will be unable to interfere effectively. There is no need to envisage a long marking-time by a socialist majority in the first country where socialists gain political control.

Distribution in the period immediately after Socialists have gained control.

Certain economic problems would require immediate attention since it is not possible "overnight" to produce the larger quantities of useful articles that would be needed for the world’s population, but this does not mean that "the transition from capitalist to socialist methods" need be delayed if by socialist methods is meant the abolition of the wages system and of production for profit. The introduction of a socialist system would involve the immediate abolition of capitalist ownership and control of the means of production and distribution. The working class would simply continue production but for the benefit of the whole community.

Short-term scarcity of certain articles may exist while, for example, the ex-capitalists (and the workers now engaged on financial operations needed only for capitalism), are being brought into useful occupations, and while armament factories are being turned over to the production of useful articles. What administrative method may be used to secure satisfactory distribution of the articles temporarily in short supply is a minor question, to be dealt with at the time. The important factor will be that the socialist majority will make the decision with full understanding of the nature of the problem and will carry it out with a full realisation that distribution will be made in the interests of the whole community and not in the interests only of a section.