We are not without hope 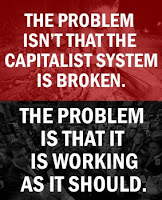 The Guardian reports how for decades vested interests put out bias information and engaged in a PR drive on behalf of the fossil fuel industries to discredit the growing scientific opinion on climate change.

Has the leopard now changed its spots?

According to former Australian prime minister, Kevin Rudd, three of the world’s biggest mining multinationals, Glencore, Rio Tinto and BHP, ran a sophisticated operations to kill off climate action in Australia and continue to wield day-to-day influence over government through a vast lobbying network assisted by an “umbilical” relationship with the Murdoch-owned News Corp media network.

Melbourne University academic George Rennie, an expert on lobbying, sees the mining sector says, “The power of the resources sector comes from its profits – its ability to spend on donations and gifts, as well as its own political advertisements if it chooses. There is disproportionate power, so if you want to lobby government for something that the resources sector does not want, you’re very unlikely to get your way.”
The revolving door between politics and the mining industry is a feature in both of Australia’s major parties.

Dom Rowe, Greenpeace Australia Pacific’s programme director, said Australia’s lack of credible climate policy could be directly attributed to the industry’s influence.
“Considering the vast network of influence and direct access that fossil fuel executives and lobbyists have to senior government ministers, it is little wonder that the Coalition has yet to take any meaningful action on reducing Australia’s greenhouse gas emissions, which have been rising for over four years,” Rowe said.

The expansion of a coalmine under water-stressed Sydney’s drinking water catchment because the project would cause the loss of 3.3bn litres of water a year.


The current campaigns against climate change offers an important opportunity to help people see that they are engaged in a world-wide struggle against capitalism, to help all involved to understand that the destruction of the environment is a logical consequence of capitalist imperatives. We must make explicit the ways in which capitalism works against the people's and the planet's interests and to encourage the development of an alternative social vision. The ability to develop a sustainable production and distribution system requires democratic control by the world’s population. It means active engagement in change which transforms our communities and our own lives. Clearly a political revolution must put this issue at the top of its agenda.

Bandaids are not cures. Supposed solutions as only short-term fixes, unable to get us out of the crisis. Geo-engineering remedies are at best a desperate and potentially disastrous measure of last resort. Geo-engineering opens up all sorts of cans of worms with unintended consequences. There is no capitalist knight in shining armour riding to rescue us, no political hero proclaiming the Green New Deal can save us. Global industry is not organised to serve us; it is organised to generate profits for business.

People have marched and demonstrated against the many institutions of capitalism. However, we must avoid the trap of promoting a series of campaigns that target only the policies of the government and individual corporations. We must use these protests to build an anti-capitalist movement, or run the risk of exhausting our energies in a noble but losing effort. We still have time to build such a movement and demand such action, but not much time is left. We need to abolish and get rid of capitalism. Common ownership and cooperative administration of our productive systems is what we have to fight and build for.

Our goal is the elimination of the economic system based on profit and the creation of democratic system based on equality, justice and sustainability. The system of capitalist production and the necessity of accumulation is fundamentally incompatible with a sustainable relationship between humanity and the eco-spheres. Once people begin to acknowledge the seriousness of the climate crisis, the most important next step is to see the causal role of capitalism, to understand that only a socialist revolution and system change can save us and our planet now.

The Socialist Party seeks to impress two facts into the consciousness of our fellow-workers. One, that the interests of all exploited people are the same; the other, that socialism is compatible with common decency. We put forward a socialist vision of the future that we hope will form the basis of a popular mass movement. We do not propose a series of reforms that would not abolish the market.

We hope you have understood, the cause of global warming is neither the population nor human nature but capitalism and the "nature" of this mode of production which runs counter to nature. It is the manifestation of the first law of capitalism: "Always More." Capitalism without growth is a contradiction in terms. The explanation is simple: in this system based on competition for profit, each private owner of the means of production is forced to continuously seek to reduce their costs. This constraint is absolutely imperative: whoever would seek to evade it would immediately be condemned to economic death.

Capitalism is therefore by its essence productivist. It produces ever more commodities, which means appropriating and pillaging ever more natural resources, including people.

With this insane capitalist logic, the climate crisis itself is perceived as an opportunity for new markets. Thus the “green” businesses highlight the opportunities in the market for renewables, the market for trading carbon credits. It should be obvious that the solutions of "green capitalism" will solve nothing. As Einstein said, you do not solve a problem with the means that caused the problem. We will not solve the environmental nightmare with the dream of a harmonious market. The conclusion is glaringly obvious: the climate crisis is capitalist society. The absurdity of this mode of production is seriously disrupting the relationship between humanity and the natural world to which it belongs, and is now at the point of posing a mortal threat to much of the humanity.

In the analysis of Marx, if we do not eliminate this Moloch monster in time, it will eventually exhaust "the only two sources of all wealth: the Earth and the worker." 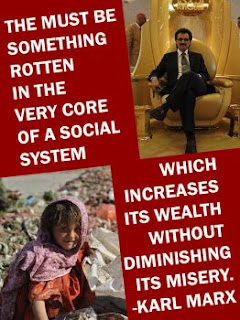