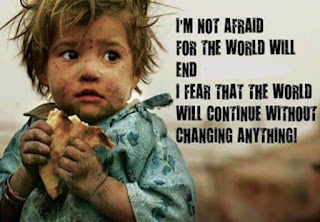 Poor pay and punitive working conditions are common on farms and plantations that supply fresh fruit or tea to major UK supermarkets including Lidl, Aldi, Sainsbury’s, Tesco and Morrisons, according to new research from Oxfam.
The supermarkets’ “relentless” drive to maximise profits is fuelling poverty and gender discrimination in their retail supply chains. Its research is based on in-depth interviews with workers in India and Brazil and a separate survey in five other countries.
Interviews with workers on 50 tea plantations in Assam allege that cholera and typhoid are rife because of poor access to toilets and safe drinking water. Half of those questioned receive government ration cards because they earn so little while female workers regularly clocked up 13 hours of hard labour a day.
On fruit farms in north-east Brazil, women with children said they were forced to rely on relatives or government support to feed their families outside the harvest season. Workers reported allergies and serious skin diseases as a result of using chemicals without adequate protection on grape, melon and mango farms that supply supermarkets.
A separate survey of more than 500 workers on farms in the Philippines, Ecuador, Costa Rica, Peru and the US found that three-quarters of workers said that they were not paid enough to cover basic needs such as food and housing.
Rachel Wilshaw, Oxfam’s ethical trade manager, said: “... supermarkets’ relentless pursuit of profits continues to fuel poverty and human rights abuses in their supply chains...”
Oxfam also found that supermarkets are taking the lion’s share of the price paid by shoppers. Of the 79p paid by shoppers for a pack of 100g black Assam tea in the UK, supermarkets and tea brands receive 49p while workers receive just 3p.
https://www.theguardian.com/business/2019/oct/10/workers-exploited-at-farms-supplying-uk-supermarkets-report