'Sorry, this is an ecological emergency' 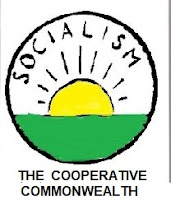 In London, police arrested 217 activists from the Extinction Rebellion group as they blocked bridges and roads in the city centre.


Dutch police stepped in to arrest more than 100 climate activists blocking a street in front of the country’s national museum.


In New York’s financial district, protesters spattered the Wall Street Bull and themselves with fake blood and lay prone around the sculpture to evoke their fears of a deadly environmental catastrophe.


In Berlin, activists singing “Solid as a rock, rooted as a tree” gathered at dawn at the Victory Column roundabout near Tiergarten park where five avenues that converge on the roundabout. By midday, the protest had swelled to 4,000 people and a second main roundabout was also blocked by activists sitting in the middle of the road. Police began removing chanting protesters from Berlin’s Potsdamer Platz.


In central Paris, dozens of Extinction Rebellion activists blocked a street and bridge in the Chatelet district. They also built temporary shelters or held impromptu concerts and workshops in a good-natured atmosphere.


In Spain, activists chained themselves to each other and to an elevated road over a major artery in the Madrid, snarling traffic during the morning rush hour. A few hundred other protesters camped out in 40 tents at the gates of Spain’s Ministry of Ecological Transition.
Similar protests in Austria, Canada, Australia and New Zealand and elsewhere. Extinction Rebellion says it expects peaceful protests over the next two weeks in more than 60 cities around the world calling on governments to reduce greenhouse gas emissions to net zero by 2025 and halt a loss of biodiversity


It is not simply about seeking a "green” version of capitalism but developing a system of production that is sustainable. We are critical of those who hold the misleading idea that society can live with a market economy that is ‘green’ or ‘ecological’ under conditions of wage labour, exchange, competition and the like. The framework within which humans can regulate their relationship with the rest of nature in an ecologically acceptable way has to be a society based on the common ownership and democratic control of productive resources, freed from the tyranny of the economic laws that operate wherever there is production for sale on a market.

Socialists seek a steady state, zero-growth world. Capitalism cannot create such a society. Capitalism, with its emphasis on profit and short-term considerations, provides fertile ground for dodging legislation and avoiding regulation. We see that with the vast web of international tax evasion by “respectable” and “law-abiding” corporations. There is no way round this. Capitalism simply cannot be re-modelled or reformed. Capitalism is inherently environmentally unfriendly.


The problem for too many participants in XR is that they want to retain the market system in which goods are distributed through sales at a profit and people’s access to goods depends upon their incomes. The market, however, can only function with a constant pressure to renew its capacity for sales; and if it fails to do this production breaks down, people are out of employment and suffer a reduced income. It is a fundamental flaw and an insoluble contradiction in the eco-activists argument that they want to retain the market system, which can only be sustained by continuous sales and continuous incomes, and at the same time they want a environmentally balanced society with reduced productive activity.

These aims are totally incompatible with each other. Also what many XR thinkers advocate in their version of a “steady-state” market economy, is that the surplus would be used not to reinvest in expanding production, nor in maintaining a privileged class in luxury but in improving public services while maintaining a sustainable balance with the natural environment. It’s the old reformist dream of a tamed capitalism, minus the controlled expansion of the means of production an earlier generation of reformists used to envisage. To repeat once more , competitive pressures to minimise costs and maximise sales, profit-seeking and blind economic growth, with all their destructive effects on the rest of nature, are built-in to capitalism.

Homo Sapiens are both a part and a product of nature and human beings have a unique significance in nature since they are the only life-form capable of reflective thought and so of conscious intervention to change the environment. It is absurd to regard human intervention in nature as some outside disturbing force, since humans are precisely that part of nature which has evolved that consciously intervenes in the rest of nature; it is our nature to do so.

True, that at the present time, the form human intervention in the rest of Nature takes is upsetting natural balances and cycles, but the point is that humans, unlike other life-forms, are capable of changing their behaviour. In this sense the human species is the brain and voice of Nature. Nature become self-conscious. But to fulfil this role humans must change the social system which mediates their intervention in nature. What is necessary is the change from capitalism to a community where each contributes to the whole to the best of his or her ability and takes from the common fund of produce what he or she needs.