Air pollution particles have been found on the foetal side of placentas, indicating that unborn babies are directly exposed to the black carbon produced by motor traffic and fuel burning.


The research is the first study to show the placental barrier can be penetrated by particles breathed in by the mother. It found thousands of the tiny particles per cubic millimetre of tissue in every placenta analysed. There was an average of 20,000 nanoparticles per cubic millimetre in the placentas of mothers who lived near main roads. For those further away, the average was 10,000 per cubic millimeter.
The link between exposure to dirty air and increased miscarriages, premature births and low birth weights is well established. The research suggests the particles themselves may be the cause, not solely the inflammatory response the pollution produces in mothers.


Damage to foetuses has lifelong consequences and Prof Tim Nawrot at Hasselt University in Belgium, who led the study, said: “This is the most vulnerable period of life. All the organ systems are in development. For the protection of future generations, we have to reduce exposure.” He said governments had the responsibility of cutting air pollution but that people should avoid busy roads when possible.
A comprehensive global review concluded that air pollution may be damaging every organ and virtually every cell in the human body. Nanoparticles have also been found to cross the blood-brain barrier and billions have been found in the hearts of young city dwellers.

The WHO calls air pollution a “public health emergency” and recent analysis indicates 8.8 million early deaths each year, though scientists suspect even this may be “the tip of the iceberg”. 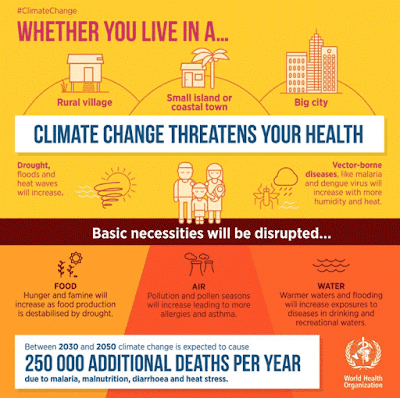 Posted by ajohnstone at 4:58 pm