Corporate Tax Haven Index assesses jurisdictions on the extent to which their systems are designed to leech profits from elsewhere, including the lowest available rate of corporate income tax and the aggressiveness of tax treaty networks. This is then weighed according to each jurisdiction’s share of the global stock of foreign direct investment, for a combined ranking which reflects the importance of the tax avoidance risk posed.

The U.K. ranks 13th in the index, but its overseas territories occupy the top three places (the British Virgin Islands, Bermuda and Cayman Islands), and its crown dependencies (Jersey, Guernsey and the Isle of Man) 7th, 15th and 17th. Taken together, the U.K. network is the greatest enabler of avoidance globally.
The top six is rounded out by the Netherlands, Switzerland and Luxembourg. The analysis confirms earlier work that a handful of jurisdictions (including Singapore, ranked 8th, and Ireland, 11th) is responsible for the great bulk of revenue losses imposed on others.
Data on U.S. multinationals show that in the 1990s, between 5 to 10 percent of their global profits were being shifted. That is, those profits were declared for tax purposes in jurisdictions other than where the real economic activity took place. By the early 2010s, the phenomenon had exploded to encompass 25-30 percent of global profits.
The International Monetary Fund (IMF) put the annual global revenue losses due to multinational tax avoidance in a range between $200 billion and $600 billion. The Tax Justice Network, replicated the study by IMF researchers, which estimates the extent to which corporate tax havens depress the levels of taxable profit declared in the countries where multinationals’ real business is done. While the IMF puts the global losses at $600 billion, the Tax Justice Network uses a more robust dataset and reaches a more conservative global annual revenue loss figure of $500 billion — with lower income countries losing around $200 billion. If we created a new country with a GDP made up of the $200 billion revenues stripped from lower-income countries, it would be about the 50th biggest economy in the world, between Egypt and New Zealand. The full $500 billion could literally eliminate extreme income poverty around the world by giving $2 a day to the 650 million people currently living under the international poverty line of $1.90 a day.
Trump’s Tax Cuts and Jobs Act has engineered a dramatic fall in U.S. corporate tax revenues, with no discernible increase in investment or benefits for labor. Seasonally adjusted annual corporate tax revenues have fallen by more than half since 2016 – bigger than any drop in U.S. history other than that due to the financial crisis in 2008-2009, and taking revenues below even that crisis level. This time, the economy is still growing, and the losses are a deliberate policy choice. Around 70 percent of the tax savings from the corporate rate cut went to the top fifth of the population, and more than a third to just the top 1 percent of households. Meanwhile, the latest findings from the Congressional Research Service show that any change in investment since the Act has been “relatively small and is not out of line with historical fluctuations,” while “ordinary workers had very little growth in wage rates.”
https://truthout.org/articles/we-could-eliminate-extreme-global-poverty-if-multinationals-paid-their-taxes/ 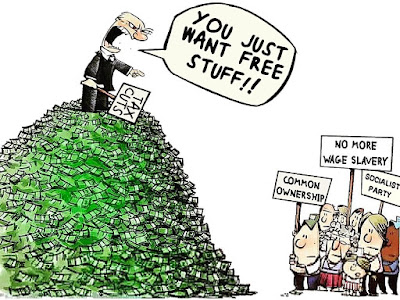