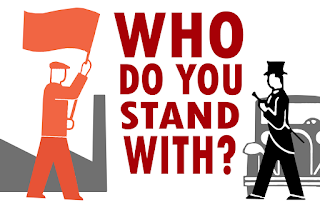 The Socialist Party is a political party of working men and women organised together for the purpose of getting control of political power in order to introduce socialism. Its Parliamentary candidates are selected as fitting tools for the job. Its members control the party throughout and determine, by majority decisions, the policy of the organisation. This policy is set forth in all the literature the party publishes. The party is, controlled entirely by its members and is not at the beck and call of either a place-hunting individual or a group of self-seekers. A party claiming to be socialist, but with a list of reforms or “immediate demands,” attracts reformers who are not socialists, and has a reformist and not a socialist electorate behind it. Even if such a party obtains political control it is useless for the purpose of furthering socialism. While the Socialist Party is opposed to a reformist policy the socialist delegate in Parliament or on a local council is not, therefore, bound to vote against every particular measure. The Socialist Party does not hold that the measures already taken or to be taken by the capitalists are all of them bound to be useless or harmful to the workers, or bound to impede progress towards socialism.

The Socialist Party holds that some of the measures brought forward by the capitalists owing to economic developments or owing to conflicts of interest between sections of the capitalists themselves can be used as weapons in the class struggle by the workers and by the socialist movement. That being the case, a socialist minority in Parliament or on a local council would be required by the socialists who sent them there to criticise from the socialist standpoint all measures brought before them (pointing out their futility in comparison with socialism and so forth), and to refrain from supporting, bargaining or allying themselves with any party for temporary ends, but at the same time would be required to vote for particular measures where there is a clear gain to the workers and the socialist movement in so doing. It may be added that such measures are more likely to be put forward when Socialism is imminent, and a frightened ruling class is striving to keep back the flood by making concessions.

We must emphasise that the object of the Socialist Party is the establishment of socialism. This purpose, in an organisation based solely upon the demand for socialism, and putting forward candidates on that and nothing else, cannot be forgotten or submerged. Our policy, our organisation, and all our activities are governed by that objective. The question of voting for or against, or ignoring measures introduced by non-socialist parties, does not and cannot influence our policy towards the objective.

If you are tired of the chains of slavery, join the party and thereby give us your aid in the work of speeding out of existence the system that oppresses us all.
Posted by ajohnstone at 6:52 am