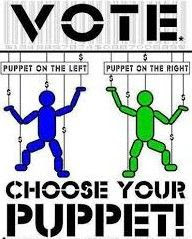 The first debate featuring the Democratic Party nominees for president has taken place and they are resorting to all kinds of tactics and attention-getting gimmicks intended to demonstrate to the electorate that they are thoroughly honest and free of improper influence. Proclaiming that they paid their income taxes in full, they go so far as to state publicly how much they paid. They decline corporate campaign donations to show their "independence” from big-money interests. Many words have been uttered and written on the need to eliminate corruption from the election process, on the need to assure the people "a choice." Problems of poverty, crime, unemployment, air and water pollution, and many more—have been with us for a very long time. These problems are not peculiar to America. They exist in every nation in the world.
Every politician who has run for office for has promised to do something to alleviate or eliminate these social ills. Despite the promises these problems have defied cures. Recall the past promises made and ask yourself—
Has the general quality of life improved?
Is the air we breathe less polluted?
Are our jobs more secure?
Has poverty diminished?
Has racism been eliminated?
On the contrary, hasn't every one of those grown worse?
Workers, whatever their race or ethnic origin, are being subjected to more discomfort, more crowding, more inconvenience, more exploitation, greater insecurity and physical danger than ever before. Who, or what, is responsible? Politicians blame each other. The truth is that these issues have been present and worsening for years and years. In fact, administration after administration, Democratic and Republican, has promised to do something. Reform after reform has been enacted in efforts to alleviate them. But conditions have gone right on getting worse. All of which demonstrates that even with the best of intentions no politician or set of politicians could prevent conditions for workers from worsening. WHY?
The reason is simple. Politicians persist in dealing with effects and ignoring the cause. The basic cause of our problems is the capitalist system under which we live. Capitalism today is an outmoded social system. It has been so for a long time, and the history of past years fully justifies this conclusion. Consequently, the solution to our problems is not to be found in politicians, but in a whole new concept of society—a society for which the material basis exists right now.

Technological development clearly dictates the course that must be taken. Modern industry is thoroughly socialised in its organisation and operation. It has outgrown private ownership of industry and production for sale and the profit of the owning few. We are now at a point where we can produce an abundance for everyone. By establishing a new society we can prevent worsening crises and ultimate catastrophe toward which our present society is taking us. What we are saying is that we can and must establish a socialist society. Let us explain briefly what socialism is and the kind of life we can have under it.
In a socialist society there will be no private ownership of the land and the industries. When we say this, we are not talking about your personal belongings. We are talking about the factories, the mills, the mines, transport —in short, the socially operated instruments used in the production and distribution of the necessities of life. We say that these must belong to society as a whole. In socialist society there will be no wage system in which the workers receive in wages only a fraction of the value of the goods they produce. Instead, with shall produce for use rather than for sale with a view to profit for private capitalists. We shall produce the things we want and need rather than the things for which a market exists in which the goods produced are sold for the profit of private owners. We, the producers, shall manage and direct all social production, and exercise all authority.

Socialist administration will be concerned with practical considerations; considerations such as determining the quantities and kinds of useful things needed to insure an uninterrupted flow of the good things of life to satisfy our needs and desires. The people elected to serve at all levels will require a knowledge and understanding of the processes of production and distribution. They will have to have the ability to coordinate and direct these processes. No doubt there will be times when mistakes will be made. But they can, and will, be rectified quickly, efficiently and democratically. Administrators and representatives who fall short of the mark may be recalled from office as easily as they were elected to office.
When private and state ownership have been eliminated, there will be no way for social parasites, capitalistic or bureaucratic, to exist. In the nature of things, it will be impossible for any individual or group to acquire economic power and use it to exploit or suppress another human being. Nor will those elected to the socialist administrative bodies possess, or be able to acquire, economic power. There will be no material basis on which a bureaucracy could establish and perpetuate itself. No one will be able to hand out offices or appoint lackeys. All who will serve in government, in whatever capacity, will be elected and subject at all times to control. In short, we, the workers, shall be in complete control of the source of all power, the economic resources of the land. We have all the material requirements for producing an abundance. It is common knowledge that we have developed the most productive machine in the world. Once this machine is socially owned, controlled and administered, there will not be, there cannot be, conflicting material interests. We shall all be useful producers, each contributing his or her fair share to the total product. In return, each of us will receive directly and indirectly all that we produce. We say “indirectly” because we shall get part of our product back through social services—public health, education, recreation, etc.

In socialist society there can be no poverty or involuntary unemployment. The more producers, the better for all. Technological improvements will be a further blessing. The greater the number of workers, the better the tools, the more modern the methods, the greater and more varied will be the wealth we can produce, and the shorter the hours each of us will have to work. So great is our capacity to produce abundance that we can easily insure that our youth will be educated, the aged provided for, and the sick given the finest care possible. All this will be done without depriving anyone of a fair and more than adequate share. It will not be charity but the rightful share of every human being in the affluent socialist society.

In the socialist climate of abundance and cooperation, we shall achieve the highest standards of mental health and physical well-being. We shall enjoy great material well-being individually and collectively, but it will not be at anyone else’s expense. We shall be secure, healthy, happy human beings living in peace, harmony and freedom, in marked contrast to the capitalist jungle of strife, misery and insecurity in which we live today.
How can we get such a society? The answer is easy. It is within the power of the workers to establish such a society as soon as they recognise the need for it and organise to establish it. The Socialist Party points the way. First, to win the struggle for socialist freedom requires building a political party of socialism to contest the power of the capitalist class on the political field, and to educate the majority of workers about the need for socialism. The working class must organise its might to back up its demand for the end of capitalism and the establishment of socialism.
Study the Socialist Party principles and prepare to assist in bringing about a society of peace, plenty and universal freedom.