The World Is a Mess. We Need Fully Automated Luxury Communism.

Our blog occasionally posts an article from non-members of the World Socialist Movement when we believe it has something of relevance to say. This is from the New York Times which is pay-walled. 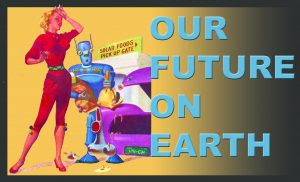 Posted by ajohnstone at 6:11 am

Sexing up communism by dwelling on exotic technological fixes might sell a few more of Bastani's books but it is regressive and shallow thinking and ultimately counter-productive as it risks creating a soporific effect. This technological panacea has been rolled out ad nauseam by capitalism and now Bastani has taken up the baton to use it to promote communism. Nor should we concede Bastani’s assertion, that technological achievements to date have arisen because of the miracle of capitalism. Leaving aside the fact that most such innovation has been government led, ultimately the technology that we have now has been invented and developed by ordinary working people, not by the capitalists. It is this fact that should be at the forefront of our minds in striving for a different society. It is social/political/economic change that will bring about communism/socialism. Technology will be at best supplemental and to treat it in any other way is disingenuous and counterproductive. Perhaps if I get to read his book it will have some redeeming features.

It is another perspective though with which to engage with the public before making those caveats.