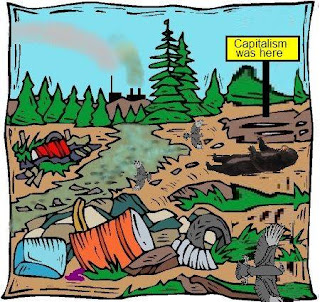 Officials from Saudi Arabia, the United States and Iran cast doubt on UN scientists' findings and their recommendations at a UN meeting in western Germany. The climate talks ended with little progress made. Environmental groups said Saudi Arabia, the United States and Iran were blocking progress on fulfilling the goals of the 2015 Paris climate accord, as a UN meeting on the landmark deal ended in the German city of Bonn.

Saudi and US delegates reportedly questioned scientific research by the UN's Intergovernmental Panel on Climate Change (IPCC) that found limiting global warming to 1.5 degrees Celsius (2.7 degrees Fahrenheit) would be safer than a 2.0-degree limit. The Saudi delegation also objected to including wording that welcomed the IPPC's findings or any mention of the scientific body's recommended emissions targets in a final text.

"Saudi Arabia is the main protagonist in this attack on science, although the US has come to its aid," Oxfam's Jan Kowalzig said. "This report by the Intergovernmental Panel on Climate Change is so unambiguous in its message that any contradiction is irresponsible ignorance."

"Saudi Arabia, the US and Iran are forming an unholy alliance of science-deniers," Martin Kaiser of Greenpeace said.


The technical meetings in Bonn were to prepare for a high-level UN climate summit in Chile later this year. Delegates failed to make significant progress on "market mechanism" measures that allow countries to finance efforts to reduce emission in other countries while doing less themselves. High-emission countries also clashed with others over how to compensate countries that are likely to experience the worst effects of global warming. The meeting ended with no agreement on how to raise the billions needed for a compensation fund.
At the Glastonbury music festival, Extinction Rebellion staged a protest. Waving flags bearing the extinction symbol, the crowd marched for about an hour around the festival site.


Dr Gail Bradbrook from Extinction Rebellion, said: “Extinction Rebellion]is not a protest. It is not a campaign. It is a rebellion. We are in active rebellion against our government. The social contract is broken, the governments aren’t protecting us and it’s down to us now.  This is not a slow movement of change. It’s a shift in the consciousness of each of us. It is a collective shift. It involves facing grief and trauma and undoing our numbness and our narcissism and our indulgence that we have in this privileged western society.”


Rosie Rogers, from Greenpeace, told the audience, “I feel hopeful that all of us in all of our different movements and identities can come together and truly unite for what is the fight of our life to defend this planet,” she said. “And I also feel truly grateful for the brothers and sisters all over the world, especially those in the global south, the Amazon and other places, who have given so much to protect this planet.”


Firefighters battled wildfires at a scale not seen for 20 years in Spain and southern France was placed on unprecedented red alert. With temperatures in northern Spain and southern France set to exceed 44C, governments urged their citizens to take the utmost precaution, warning that in some areas the worst was yet to come. The conditions led officials to raise the French extreme heat alert to red. The alert, signifying a “dangerous weather phenomenon”, was the first since the system was introduced in 2004 following a 2003 heatwave that led to 15,000 premature deaths. Parts of northern France were also put on drought alert, with water supplies to businesses, farmers and ordinary residents restricted. The agriculture minister, Didier Guillaume, banned the transportation of all animals until the heatwave has ended.
“We’re facing a serious fire on a scale not seen for 20 years,” the region’s interior minister, Miquel Buch said . “It could burn through 20,000 hectares. Let’s be very aware that any carelessness could lead to a catastrophe.”
Germany also broke its June temperature record, which dated back to 1947, with a 38.6C reading in Coschen near the Polish border. Scientists have said Europe’s 2019 heatwave, like last year’s, is closely linked to the climate emergency and that such extreme weather events will be many times more likely over the coming decades.
https://www.theguardian.com/world/2019/jun/27/hundreds-of-firefighters-tackle-blaze-in-north-east-spain
https://www.theguardian.com/environment/2019/jun/27/extinction-rebellion-highlight-climate-emergency-at-glastonbury
https://www.dw.com/en/climate-groups-blast-saudi-us-science-deniers-at-un-environment-meeting/a-49381381
What can be done about climate change

Environmental destruction is the consequence of capitalism. Capitalism damages not only particular nations but the whole planet itself. Global warming threatens humanity, but fighting it requires more than individual lifestyle action or reliance on government. Scarcely a day goes by without some media article features it. Politicians and governments of all hues now declare their commitment to do something. Businesses also desire to tackle climate change but in doing so they jeopardise the stability of global capitalism. They cannot end capital accumulation and the accompanying commercial competition, the very basis of their system. Everything else has to be subordinated to the profit-system. The interests of the capitalist class as a whole lay in legislation and regulation yet individual capitalists place their own interests foremost and lobby against such measures. The dilemma of the climate change strategies of corporations and nation-states involve an attempt to square two conflicting imperatives. To avoid instability and maintain the conditions necessary to capitalism’s reproduction, climate chaos must be mitigated, but, for countries and corporations alike, this must not affect the bottom line of maximising profitability and out-competing rivals. The interests of capitalism in protecting the environment and in protecting their profits inevitably clash, with the latter consistently takes precedence over the former.
Protests and campaigns focused purely on climate change are not the answer to the problem. It cannot be a single issue. Too often the anger about global warming is safely channelled into business friendly agendas at the expense of any serious confrontations with capitalist power. It bestows confidence and faith in the forces which socialists work so hard to expose. The blame and the burden is lifted for the capitalist culprit and shifted on to the individual.
The only sure solution to climate change is the replacement of a society based on accumulation for profit with one based on production for need. There is only one way and it is to put an end to the system that creates climate change. Through our presence at all these demonstrations we endeavour to transform them into a protest against capitalism as a whole. It requires a willingness to pose a revolutionary challenge to the system if we are to win and avert climate disaster.


All of our futures – our children’s and our grandchildren’s futures – are in the hands of a small privileged minority.
Posted by ajohnstone at 12:30 am