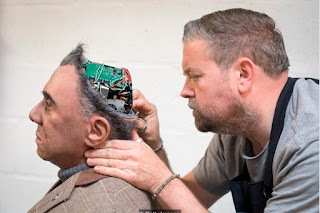 Latest World Health Organisation figures suggest that as many as 970 million people around the world suffer from some sort of mental distress, and the prevalence of conditions such as depression and anxiety have risen more than 40% over the past 30 years.

Austerity, inequality and job insecurity are bad for mental health and governments should counteract them if they want to face up to the rising prevalence of mental illness, the UN’s top health envoy, Dr Dainius Pūras said. He also refers critically to “the outsized influence of pharmaceutical companies in the dissemination of biased information about mental health issues” and says states should counteract this. Governments could do much, he says, to prevent mental illness rather than emphasising biomedical cures.


“We need to target relationships rather than brains.”
Measures to address inequality and discrimination would be far more effective in combatting mental illness than the emphasis over the past 30 years on medication and therapy.


“This would be the best ‘vaccine’ against mental illness and would be much better than the excessive use of psychotropic medication which is happening,” said Pūras.
He said that since the 2008 financial crisis, policies that accentuated division, inequality and social isolation have been bad for mental equilibrium. “Austerity measures did not contribute positively to good mental health,” he said. “People feel insecure, they feel anxious, they do not enjoy good emotional wellbeing because of this insecurity situation. The best way to invest in the mental health of individuals is to create a supportive environment in all settings, family, the workplace. Then of course [therapeutic] services are needed, but they should not be based on an excessive biomedical model.”


Pūras said there had been an overemphasis on trying to cure mental illness like physical illness, through “good medicine”, without thinking about the social factors that cause or contribute to some mental disorders. The prescription of psychotropic drugs to deal with mental illness, particularly antidepressants, has soared across the developed world in the past 20 years.
“People go to their doctors who prescribe medication, which is an inadequate response,” he said. If instead governments took issues such as inequality, poverty and discrimination seriously “then you can expect improving mental health”.
“Inequality is a key obstacle to mental health globally,” his report says. “Many risk factors for poor mental health are closely associated with inequalities in the conditions of daily life. Many risk factors are also linked to the corrosive impact of seeing life as something unfair.”
https://www.theguardian.com/society/2019/jun/24/austerity-and-inequality-fuelling-mental-illness-says-top-un-envoy 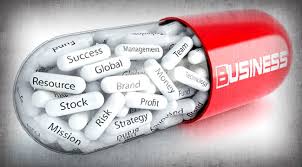 Posted by ajohnstone at 8:13 am