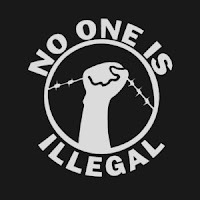 The EU has become tougher on immigration.


The Council of Europe, the continent's leading rights organisation that includes EU states and others as members, said the bloc had failed in its duty to save lives and prevent returning people to where they are at risk.


"EU member states have adopted laws, policies and practices which have often been contrary to their legal obligations to ensure effective search and rescue operations, the prompt and safe disembarkation and treatment of rescued people, and the prevention of torture, inhuman or degrading treatment," the rights watchdog said in a report.
It called for the EU to "reframe their response according to human rights standards", including by reversing the scaling back of its sea rescue operations and ending pressure on aid groups who do it. "Outsourcing" border controls to third countries came at a "terrible human cost," it said. "Not only do migrants continue to die at sea, but in some cases they are intercepted and brought to countries – like Libya - where they are often subjected to torture, rape, slavery, exploitation or indefinite and unlawful detention."
The Council of Europe said its was the EU's clear obligation under international humanitarian law to run effective sea rescue missions, guarantee entry for those picked up, and provide legal migration avenues to Europe. 15,000 people are estimated to have died or gone missing in the perilous sea voyage since 2015, including more than 500 so far this year.
http://news.trust.org/item/20190618074158-tt7h1/

Posted by ajohnstone at 2:05 am