What was said about the EU 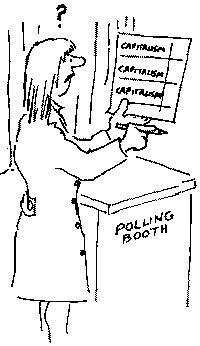 Stephen Harper did his last hustings of the Socialist Party's campaign in Brockenhurst last night. It was organised by a Remain group, New Forest for Europe. There were about 100 people present and 10 parties represented (no Brexit Party candidate, unsurprisingly). After opening statements all candidates were asked a few questions. Briefly summarised are his answers to them below:

Q. We find ourselves in a unique position where some of you (the candidates) wish that the positions you’ve proposed yourselves for didn’t actually exist. Can you tell us how you see your party’s role within the EU Parliament if you’re elected?

I said that our party’s approach to the Euro elections is the same as our approach to national elections, which is that we would take our seats if elected, but we would use it as a platform or tribune to advocate solely for socialism. The reason being that our party has no intention of trying to reform capitalism, an approach that cannot work.

Q. Many people are saying that democracy is broken. Do you agree? What would you do to fix it?

I said that we have limited political democracy in the UK (although elections are massively subverted by donations and vested interests). But there’s no economic democracy: we must all work for an employer who will exploit us, or we will starve. And no democracy in distribution – 8 men have much wealth as half the world’s population. So we need a truly democratic society where ordinary people control production and distribution. We are a party with a fully democratic structure that reflects the kind of society we want – no leader, run by members, no personality cult.

Q. Last week the UK Government were the only EU state to miss the deadline on claiming aid to benefit the poorest people in this country, losing £600k and jeopardising £2.9m in future payments.  What would you do to ensure that the UK Government uphold and take advantage of all EU funding opportunities?

This is not really a question for us, because even if the interpretation of the UK government’s missed deadline is correct, we don’t need to take part in the ‘reorganisation of poverty’. We live right now in a society of potential abundance. Therefore we don’t need a system of rationing, which is all that a money system is. We need to unlock the wealth that is being kept from us and use it to transform society. We don’t want crumbs, we want the bakery.

Q. EU migration to the UK has dropped to a 10 year low putting increasing pressure on our agricultural, hospitality and service industries.  Who will fill these roles if we leave the EU?

This is partly a question about ‘freedom of movement’. The limited freedom of movement that the EU has afforded some workers is one of the few benefits of EU membership for ordinary people; but let’s also remember that the EU is also preventing freedom of movement elsewhere, effectively drowning refugees into the Mediterranean (not much response to this from the Hard Remain audience). The question of who ‘we’ (i.e. capitalists) will find to exploit if EU workers are not here is not our concern as socialists representing the working class. We want a world without ANY exploitation.

In the open questions at the end, I challenged the Labour candidate’s claim that Labour represent the only challenge to the ‘rise of the right’, pointing out that the last Labour government actually ‘out-righted the right’ with dawn raids on immigrant families, detention centres and Gordon Brown’s infamous ‘British Jobs for British Workers’ slogan, taken from the BNP (?)

A few people I spoke to at the end said thanks for our contribution to the debate. ‘I didn’t know you could be so far left’, said one! (I pointed out that we’re not on the left and she said she’d explore our literature).

A kindly email from one of the organisers this morning: “Out of everyone I think you stirred the most interest, in a landscape where we are used to politicians using different words to say the same thing, to have a view that is completely different was great and for me completely fascinating”.


Stephen Harper
Posted by ajohnstone at 11:31 am