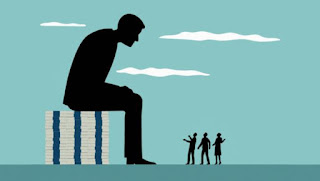 Sir Angus Deaton is leading a landmark review of inequality in the UK amid fears that the country is at a tipping point due to a decade of stagnant pay growth for British workers. The Institute for Fiscal Studies thinktank, which is working with Deaton on the study, said the British-born economist would “point to the risk of the UK following the US” which has extreme inequality levels in pay, wealth and health.
The US is ranked on some measures among the most unequal of major nations. Pay for non-college-educated men has not risen for five decades, while mortality for less-educated white men and women in middle age has led to average life expectancy to fall for the past three years, something that has not happened for a century.
In the IFS paper, the richest 1% in Britain have seen the share of household income they receive almost triple in the last four decades, rising from 3% in the 1970s to about 8%. Average chief executive pay at FTSE 100 firms has risen to 145 times that of the average worker, from 47 times as recently as 1998.
Earnings in the lowest-earning working households have barely risen since the mid-1990s, compared with greater increases for higher-income groups.


Speaking to the Guardian at the launch of the study, he said: “There’s a real question about whether democratic capitalism is working, when it’s only working for part of the population.
IFS researchers Robert Joyce and Xiaowei Xu, figures show that “deaths of despair” in Britain have more than doubled among men since the early 1990s. This concept was coined by Deaton in an earlier study and refers to deaths from suicide and drug- and alcohol-related issues.
In a reflection of the pressure on certain groups in society as inequality grows across Britain, the number of such deaths per 100,000 adults has risen from about 30 to 61 for men and from 15 to 26 for women over the period. Deaton believes these figures are an early warning sign of the UK developing characteristics of inequality similar to the US.
Data released on Tuesday is expected to show that unemployment remains at its lowest level since the mid-1970s but that means little to the 4 million workers in the UK
Dave Innes, head of economics at the Joseph Rowntree Foundation, says,  “The labour market is trapping people in poverty, when it should be offering people a route out. It is very demoralising for people who are doing what society expects of them, going out to work to meet the essentials but still unable to do that.”
Competitive pressures across retail and hospitality have driven employers to demand total flexibility from their staff, leading to zero-hours contracts, gig work and many unwilling part-time workers. Innes says this problem of underemployment needs to receive a lot more attention in policy debates.  Recent government figures show that the proportion of workers in poverty remains stubbornly high. Innes says: “What this shows is that this biggest problem of our times, as we see it, is not being tackled.
Frances O’Grady, the TUC general secretary, said: “It’s not right that pay is racing ahead in the City when most working people are still worse off than a decade ago.”