For the sake of humanity 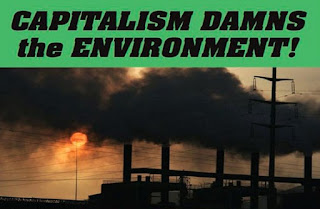 "Human beings are not responsible for global warming, as a superficial environmentalism and uncritical science would like to tell us. The responsible are a parasitic and predatory minority, and that minority has a name: neoliberalism." - Mexico's newly-appointed environment secretary, Víctor Manuel Toledo Manzur.

Neoliberalism is a term coined by opponents of the policies pursued by many governments since the 1980s of privatisation and deregulation, of allowing market forces to operate with less state interference. “Neo” because it was seen as a revival of the anti-state, laissez-faire philosophy of 19th century liberalism.

"Climate disruption is upon us, and it is progressing faster than our efforts to address it," said U.N. Secretary-General António Guterres in Vienna at the climate-focused R20 Austrian World Summit. But the scope of the task at hand is huge, explained Guterres, as it necessitates a total transformation of all aspects of society. "What is needed for effective mitigation and improved resilience," he said, "is quite simply a rapid and deep change in how we do business, how we generate power, how we build cities, and how we feed the world." Another key change, said Guterres, is to stop using taxpayer funds to prop up the coal, oil, and gas industries.
"We need to tax pollution, not people, and to end subsidies for fossil fuels," said Guterres. He also debunked the wrongful assumption by some that fossil fuel subsidies improve people's lives. "There is nothing more wrong than that," he said. "What we are doing is using taxpayers' money—which means our money—to boost hurricanes, to spread droughts, to melt glaciers, to bleach corals. In one word—to destroy the world. "As taxpayers," continued Guterres, "I believe we would like to see our money back rather than to see our money used to destroy the world."

At the two-day summit climate activist Greta Thunberg said that "for too long the people in power... have gotten away with stealing our future and selling it for profit."
"We are not going to let you get away with it anymore."

Their comments came a day after the Pope spoke to a group of financial ministers from around the world and urged them to back the goals of the Paris climate accord.

"We must achieve what we have agreed upon, for our survival and well-being depend on it." Among the worrisome signs he pointed to are that "Investments in fossil fuels continue to rise, even though scientists tell us that fossil fuels should remain underground." The pontiff referenced the increasingly frequent extreme weather events, which he said "are only a dire premonition of things much worse to come, unless we act and act urgently." Among the tasks the Pope said the financial ministers should take are "to put an end to global dependency on fossil fuels" and "to open a new chapter of clean and safe energy, that utilizes, for example, renewable resources such as wind, sun and water. Time is of the essence," Pope Francis added. "We await your decisive action for the sake of all humanity."

Not a day goes by without the problems of the environment being featured in the media. The Socialist Party holds that only socialism can set up the relationships of cooperation, the freedom and the rational control over our affairs which can get us out of the mess we’re in. Everybody must be aware of the tragic absurdity of the situation. We’ve got the urgent need to eliminate these harmful carbon emissions. We are held back by the economic constraints of the market system. We cannot do it because the profits of a privileged class minority who own and control the means of life come before the needs of the community. There are no sane grounds on which this can be justified. The only way to get out of the mess is to establish socialism which will be based on common ownership, production solely for need and democratic control. With common ownership all means of production and distribution and all resources will be held in common by the whole community. If you want a world of cooperation and responsibility then all these means of life must be brought under the democratic control of the whole community on the basis of common ownership. In socialism we would not be bound to use the most labour efficient methods of production. We would be free to select our methods in accordance with a wide range of socially desirable criteria, in particular the vital need to protect the environment. It wouldn’t matter if ecologically benign methods of producing energy required more allocations of labour than destructive methods as we wouldn’t be producing commodities which have to compete in price for sales in the market. We’d be free of all that.

A “steady-state” society is something we should aim at. What it means is that we should construct permanent, durable means of production which you don’t constantly innovate. We would use these to produce durable equipment and machinery and durable consumer goods designed to last for a long time, designed for minimum maintenance and made from materials which if necessary can be re-cycled. In this way we would get a minimum loss of materials; once they’ve been extracted and processed they can be used over and over again. It also means that once you’ve achieved satisfactory levels of consumer goods, you don’t insist on producing more and more. Total social production could even be reduced. You achieve this “steady state” and you don’t go on expanding production. This would be the opposite of cheap, shoddy, “throw-away” goods and built-in obsolescence, which results in a massive loss and destruction of resources. This is something that socialism could do. The market, however, can only function with a constant pressure to renew its capacity for sales; and if it fails to do this production breaks down, people are out of employment and suffer a reduced income. It is a fundamental flaw and an insoluble contradiction in the Greens argument that they want to retain the market system, which can only be sustained by continuous sales and continuous incomes, and at the same time they want a conservation society with reduced productive activity. These aims are totally incompatible with each other.

There can be no justification, on any grounds whatsoever, for wanting to retain an exploitative system which robs workers of the products of their labour, which puts privileged class interests and profit before the needs of the community, which robs the soil of its fertility, plunders nature of its resources and destroys the natural systems on which all our lives depend. The only alternative is socialism. We must concentrate all our efforts on the work of building up a majority of socialists. It might seem a big job because our numbers are small, but we wouldn’t need many more for us to become a strong voice in the community and every new socialist makes the work easier. 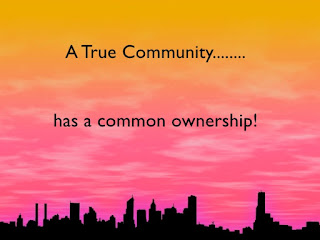 Posted by ajohnstone at 5:02 pm