Our Answer to the Climate Emergency

Things are going to get worse from an ecological point of view as long as capitalism is allowed to continue. Capitalism does indeed risk a descent into barbarism, the beginnings of which can already be seen. The Socialist Party has always argued the need for working people to take conscious political action to create the framework of common ownership and democratic control of the means and methods of production and distribution, as the only way in which the social problems like carbon emissions and global warming can be tackled. Capitalists only adopt new technologies, working methods or products when it is profitable to do so, not because the existing ones happen to be polluting the planet. What would shareholders say to a board of directors which introduced costly machinery or practices if it meant that the company lost its competitive advantage and market share. A society which was not constrained by private property, commodity production and buying and selling would use as a matter of course the best possible technology at hand to ensure the safety of those working in the plants and the protection of the natural environment. Social cost would be the deciding factor, not commercial cost. Capitalism is unable to do this.

The Socialist Party does not need to be convinced that a “green capitalism” is nonsense. That’s been our case against the Green Party and campaigning environmentalist groups like Friends of the Earth and Greenpeace from when they first made their appearance on the political scene in the 1970s and 1980s. A green capitalism is just as much a pipedream as an ethical capitalism or, as we have been saying for ages, a capitalism reformed to benefit the workers. The only possible capitalism is the one we’ve got: a profit-maximising one. Capitalism is not sustainable by its very nature. It is predicated on infinitely expanding markets, faster consumption and bigger production in a finite planet. And yet this ideological model remains the central organising principle of our lives, and as long as it continues to be so it will automatically undo (with its invisible hand) every single green initiative anybody cares to come up with. Much discussion of energy, with never a word about power, leads to the fallacy of a low-impact, green capitalism somehow put at the service of environmentalism. In reality, power concentrates around wealth. Private ownership of trade and industry means that the decisive political force in the world is private power. The corporation will outflank every puny law and regulation that seeks to constrain its profitability. This has nothing to do with personal greed on the part of individual capitalists. It’s something that is built-in to the system which those having to take decisions about economic matters have to abide by or risk the business they own or manage going under.

A worker in Britain consumes a finite amount of food, clothing, accommodation, travel and entertainment but we can see no reason why, given the mobilisation of the world’s resources to that end, similar amounts could not be provided for everyone anywhere in the world. The mistake often made is to take the total amount of resources consumed in Britain and divide it by the population and then multiply the result by total world population. This gives an enormous figure for resource consumption that may well not be sustainable. However, this figure is meaningless as it is invalid to assume that all the resources used in Britain are consumed in producing the finite amount of goods consumed by the working class here. Resources consumed in Britain at the moment include the waste of capitalism, which is enormous. The waste, for a start, of arms industry and the military forces. Then there’s the waste of the whole system of buying and selling (the armies of accountants, salespeople, ticket collectors, bank clerks, etc,) and of administering the capitalist system (the armies of civil servants devising, collecting, recording taxes and paying out subsidies and benefits). Finally, there’s the waste of planned obsolescence, of producing shoddy goods designed not to last too long, and of not recycling.

How extensive is this waste? The most conservative estimate is that it amounts to 50 percent, i.e. that only half of the present-day resource consumption in Britain is devoted to directly satisfying people’s needs, the other 50 percent being costs that are incurred solely because this is taking place in a capitalist exchange economy. Others have put the waste figure as high as 90 percent. Whatever the figure, socialism being a society of direct production to satisfy people’s needs without money could economise on the resources used up on these on costs of capitalism. 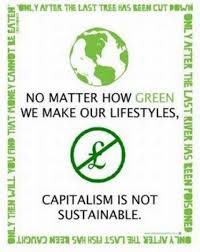 In regard to resources some seem to think that these are fixed and that we are near their limits but this is by no means the case. Figures show that, for instance, food production could be increased so as to adequately feed twice the world’s present population of 7 billion. Existing resources could also be made to go further by making things to last longer, by repairable standardised spare parts, better storage facilities, recycling and by the adoption on a wholesale scale of the ecologically-sustainable technology