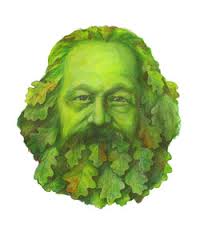 In socialism, people would have more control over their lives and this will include the vital work of protecting the environment. This would be reflected in the community, and there might be trends towards communities having more autonomy, in some respects. The mentality encouraged by capitalism is to strive for profits at the expense of long-term consequences. In capitalism, natural resources such as land, as well as means of production are used for the production of commodities which are sold on for profit to the consumer through the markets. This means that the potential of resources to be used for enjoyment and the satisfaction of needs is subordinate to the profit interests of their owners. If the production of something is profitable, then it continues, and if it is unprofitable, it stops. The profitability of a product is linked to the cost of its being produced, and the extent to which it can be sold. In order to maximise profits, companies produce as cheaply as possible. This means that corners are cut and the methods and techniques used are those which bring in short-term gains rather than long-term sustainability. The warnings raised by the environmentalists and scientists are muffled by the demands of economic exploitation. Following a socialist revolution, the wealth of knowledge and skills could be applied to a conservation based use of resources. The expertise and technology provide could be acted on, without the constraints of the market.

Multinational corporations tear up the rainforests, sell their trees to Europe and North America, and then sell the cleared land to ranchers. Plants and animals are being made extinct, native tribes are being made homeless, and cleared land is suffering from soil erosion. With fewer trees and plants to hold the soil together falling rain washes the topsoil away. This wastes vital nutrients and spreads desertification. At the same time, landfill sites across the globe are burying our waste paper and leaving it to rot among the wasted glass, metal, plastics and drums of hazardous waste. Recycling paper has long been an alternative to using wood pulp from freshly felled trees, but it is usually considered too costly and inconvenient. Faced with the choice of paying for recycling plants or keeping that money as profits, capitalist companies have to go for more profits. In socialism the barriers preventing more recycling wouldn’t exist. We all think it’s bad for ecosystems to be decimated, for wildlife to become extinct and for the planet’s lungs to be chipped away. In socialism, with democratic control of resources and production solely for need people would be able to do something about it.

Capitalism has to take notice of the state of the environment, sooner or later, but it is usually a case of too little, too late. Capitalists only act once the damage has been done - once a resource has become scarce, once water has become polluted. And if the environmental cost doesn’t raise production costs, then it is often ignored. After a socialist revolution, when common ownership of resources and production processes replaces private ownership, when the profit motive has become irrelevant, the factors to consider in production will change. When it comes to our use of natural resources, we could consider how much of the resource would be needed, whether it is scarce or abundant, whether that resource replaces itself over time or is in fixed supply, whether its extraction upsets the ecosystem, whether its production or use releases pollutants, whether the resulting product is durable or not, whether or not it is biodegradable. All these are considerations in capitalist production, but now they are subordinate to the need to minimise financial costs and maximise profits.

When land, resources and factories are owned communally and controlled democratically, there will be no them-and-us. There will no longer be a privileged elite who own the means of production, so there will be no-one to sell our time and energy to, no-one who would live off our labour and pay us peanuts in return. And if and when this change in ownership happens, the existence of money will become an anachronism. There will no longer be any need to buy goods from someone else or sell them to someone else, because you would have as much of a claim of ownership on them as they would. This would mean that we could just take what we need from the 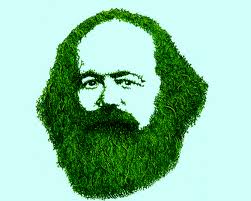 distribution centres. As long as the means of production are owned by a minority, the motivation for production is to make a profit for that minority. Satisfying the needs and wants of humanity and protecting the environment is incidental to this, so no wonder many people are left without enough food and other goods, and it is no wonder resources are scarce or polluted.