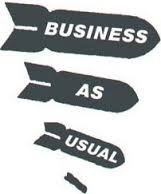 Global military spending reached its highest level since the records began two decades ago, according to a new analysis released by the Stockholm International Peace Research Institute (SIPRI).

It revealed in its latest annual report that countries around the world collectively poured $1.82 trillion into their militaries in 2018, a 2.6 percent rise from the previous year. Together, the top two spenders, the United States and China, accounted for about half of all spending.

Last year, the U.S. military expenditure—which represents more than a third of global spending—increased for the first time in seven years. It rose by 4.6 percent, hitting $649 billion. SIPRI researcher Nan Tian said that trend is expected to continue.

"They have started to implement a new modernization program of the military that will start in 2019 or 2020," Tian explained. "This is in the region of $1.8 trillion over the next 20 years. It is a massive amount of money being spent by the U.S.—and it ranges from conventional weapons to nuclear capabilities."


China, which secured the second spot for SIPRI's analysis, spent $250 billion on its military in 2018.


"Growth in Chinese military spending tracks the country's overall economic growth," Tian said in a statement. "China has allocated 1.9 percent of its GDP to the military every year since 2013." 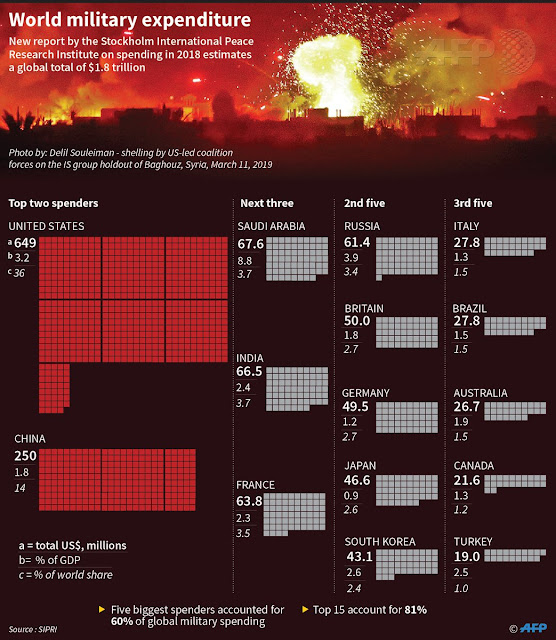 Posted by ajohnstone at 1:43 am