The capitalist dictatorship of profit 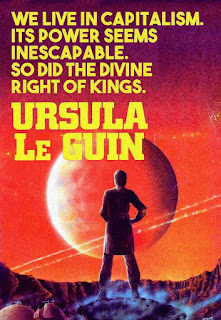 “We cannot solve our problems with the same thinking we used when we created them.” - Einstein

Climate change is probably the most threatening danger we must face, with huge consequences in the short, middle and long-term. Climate change is far more than a technological issue. It poses the fundamental question of creating an alternative to this mode of production. This option means a fierce anti-capitalist battle.

If global capitalism continues with “business as usual”, the environmental impacts will be devastatingly destructive. The operation of capitalism is putting one's foot down hard on the accelerator. Clearly a change is required to mitigate and reverse the effects of climate change. But how to bring this about? The majority of the ruling class worldwide are now convinced that climate change is a reality and a huge threat yet, nevertheless, we hear no really radical proposals to meet the climate change crisis from any government. Why is that? The reason why is there is no magic fix to substantially reduce carbon emissions without retarding economic growth and profits. Calls for reforms break the laws of the market.

Under capitalism, economic expansion and profit maximisation must be prioritised above all other considerations or businesses will fail, the economy will enter into a recession. Capitalism without growth is a contradiction in terms. Capitalist-driven logic declares that global warming may kill us in the long run but economic collapse will kill us in the short run. That’s why all efforts to contain global warming have been subordinated to the economy. By regarding as sacrosanct the market economy, capitalist politicians shut off any chance of resolving the climate problem. It is crucial to reject capitalism's “pragmatic realism”, its irrational and insane profit drive, if we are to find a way to curtail and counter the climate crises and prevent it from becoming an apocalyptic cataclysm.

Capitalism is at the very heart of the current climate crisis that humanity faces. The problem is rooted in the very structure of capitalism itself. Cost-cutting and profit-creation is an essential feature of the capitalist system. Businesses always endeavour to externalise costs to gain an advantage edge in their commercial rivalries. The Socialist Party says most forcefully that it is impossible to comply with the constraints of the capitalist economic system without overthrowing it. Without this it will be impossible to contain the CO2 emissions sufficiently for an effective outcome. The main difficulty is not technical but social, and therefore political. In other words, the solution will not be found in new technology, but in the political arena.

Recently there has been a grassroots demand for more urgency from governments. A Green New Deal based on a comparison with the government planning used by Roosevelt to respond to the economic crisis of the 1930s and the mobilisation of industry in response to World War 2 is being proposed by Green activists and politically represented by Alexandria Ocasio-Cortez and others. Central-planning and instituting a command economy cannot overcome the exploitative nature of capitalism. The protection of the planet requires common ownership, control over production by means of social governance. This means direct empowerment of the people.

Only a mass socialist movement can save humanity. The Socialist Party is faced with this criticism: “You are right, of course, but socialism lacks credibility, it cannot be immediately realise, we need concrete answers which are feasible now.” So the question arises what is to be done. Shouldn’t we opt for reforms, no matter how ineffectual they may be on the long-term? Or concede that “we’re screwed ” and that civilisation collapse is inevitable and accept catastrophe?

We must first tell the truth about less radical paths being proposed such as AOC's New Green Deal. We must generate the idea of a society that produces for use and satisfies real needs, by sharing more of our abundant wealth. A society that transforms the imagination.  We are caught between hope and despair, optimism and pessimism. There is no shortcut, no way other than education and persuasion.

Socialism is all about a better life for the greatest number. What we need is not only a social revolution but also a revolution in consciousness.
Posted by ajohnstone at 6:00 am