WORKERS OF THE WORLD UNITE 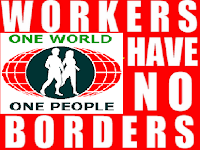 Fear of immigrants and foreigners is associated with support for Brexit, according to studies conducted by an international team of researchers. Two studies suggest that psychological predictors of xenophobia were strongly linked with voting to leave the EU and support for the outcome of the referendum. These findings were true regardless of voter age, gender or education. They began by identifying psychological groups associated with xenophobic views.

“There are three groups that we can differentiate that are supportive of those sorts of views,” said Dr Agnieszka Golec de Zavala, a social psychologist at Goldsmiths, University of London, and the lead author of the Frontiers in Psychology paper.
Two of these personality traits are commonly used as predictors of prejudice, and have previously been implicated in voting for radical right-wing parties.
These were right-wing authoritarianism and social dominance orientation – the idea that one’s group needs to fight for superiority in the world. The third is a particular focus of Dr Golec de Zavala’s research, a trait known as “collective narcissism” – a belief in the unparalleled greatness of one’s country.
“From Brexit, Trump and support for Vladimir Putin in Russia to the nationalist, ultra- conservative government in Poland, studies from our and other labs show that collective narcissism systematically predicts prejudice, aggression and a tendency to interpret innocent behaviours as provocation to the national group," said Dr Golec de Zavala.
Dr Golec de Zavala and her collaborators found that the three personality traits they examined were independently related to xenophobia and support for Brexit.
Dr Hannah Jones, a sociologist at the University of Warwick said she was “not surprised by this finding,” as “the perceived threat of immigrants is something that has been fostered by successive governments”. Home Office campaigns such as the  ‘go home’ vans have been accused of playing into people’s fears around immigration. “The received wisdom around Westminster is that you can’t talk to people about the pros and cons of immigration, you have to take fear of immigration as a given,” she said.
"The Brexit referendum seems to have led to a further rise in 'anti-foreigner' sentiment,” said Christian Ahlund, chair of the European Commission against Racism and Intolerance.
“What people see is acceptable, they do,” agreed Dr Golec de Zavala. “Personally I think the Leave campaign gave a new, acceptable way to express xenophobia.” 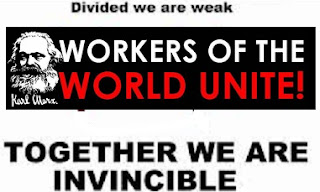