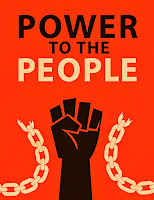 There is no country on Earth in which violations of labor rights do not occur. The best rating is for those which are merely “irregular violators of rights,” and only 12 countries managed that.

The International Trade Union Confederation, in its annual Global Rights Index report on the state of labor around the world revealed that sixty percent of countries exclude whole categories of workers from labor law which the ITUC report says is indicative that “corporate interests are being put ahead of the interests of working people in the global economy.”

The ITUC’s general secretary, Sharan Burrow, said:
“Denying workers protection under labour laws creates a hidden workforce, where governments and companies refuse to take responsibility, especially for migrant workers, domestic workers and those on short term contracts. In too many countries, fundamental democratic rights are being undermined by corporate interests.”

* More than three-quarters of countries deny some or all workers their right to strike.
* More than three-quarters of countries deny some or all workers collective bargaining,
* Eighty-four countries exclude groups of workers from labor law.
* The number of countries in which workers are exposed to physical violence and threats increased to 59 countries from 52 a year earlier.
* Unionists were murdered in 11 countries, including Bangladesh, Brazil, Colombia, Guatemala, Honduras, Italy, Mauritania, Mexico, Peru, the Philippines and Venezuela.
The rankings are as follows:
* 1. Irregular violations of rights: 12 countries including France, Germany and Sweden.
* 2. Repeated violations of rights: 21 countries including Canada, New Zealand and South Africa.
* 3. Regular violations of rights: 26 countries including Australia and Chile.
* 4. Systematic violations of rights: 34 countries including Brazil, Britain and the United States.
* 5. No guarantee of rights: 35 countries including India, Mexico and the Philippines.
* 5+ No guarantee of rights due to breakdown of the rule of law: 11 countries including Burundi, Palestine and Syria.
In regards to U.S. deficiencies, the ITUC report says: “Far from consulting with unions regarding labour law and policy, some states and U.S. politicians have taken deliberate steps to roll back workers’ collective bargaining rights. … The National Labour Relations Act (NLRA) and judicial decisions interpreting the law prohibit workers from engaging in sitdown strikes, partial strikes and secondary boycotts, and impose other restrictions on organisational or recognitional strikes.”
Greece is among the countries with a ranking of “five.” This ranking is due to harsh restrictions on collective bargaining that were implemented beginning in 2010 through several laws on orders of the “troika” — the European Commission, European Central Bank and the International Monetary Fund — which led to “a significant erosion” of labor rights. A proposed law to re-establish collective bargaining was not submitted to the Greek parliament because of troika disapproval.
A reminder of what capitalism offers working people: A race to the bottom and more exploitation. Surely, fellow-workers, we can do better.
https://www.counterpunch.org/2017/08/04/no-country-on-earth-fully-safeguards-labor-rights/

Posted by ajohnstone at 7:10 am