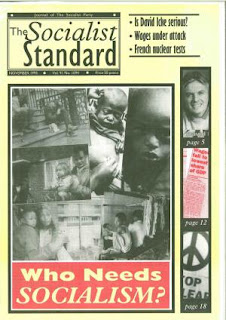 Mr Uboto insisted that Albert get into the plush passenger seat of the Porche. ‘Just routine, you understand, but I’ll run you over to St Michael's and make sure everything’s okay’.

At St Michaels, where Mr Uboto was a senior consultant, the staff fussed over Albert while Mr Uboto satisfied himself that X-rays were unnecessary.

Of course, the story was good for an audience in the bar the following Saturday. Albert was wearing the fine tweed suit that Mr Uboto had given him. ‘I was only wearing my boiler suit at the time but he insisted that my suit would have to be cleaned and brought me home to his flat and gave me this’. The suit was long for Albert but, long or not, he knew he had never really worn a suit like it before and was never likely to get a replacement for it. He showed it off with obvious pride and the others fingered it approvingly.

‘Jesus! You should have seen his flat! It was at least three times as big as my house. You’d have sunk in the carpet and the furniture and the pictures were like what you’d see on T.V. An’ he got his wife, a bloody luvely thing! to make up a meal. Great big lumps of roast meat surrounded with fruit an’ things I’ve never seen before. Absolutely bloody marvellous! Fantastic! Brought me right back to m'own door in the car, too. An’ he worked me a tenner into the bargain!’

One of the regulars, friendly in Albert’s hospitality, said, ‘Bloody great! And this Uboto fella was a nig, Albert?’

Posted by ajohnstone at 4:13 pm