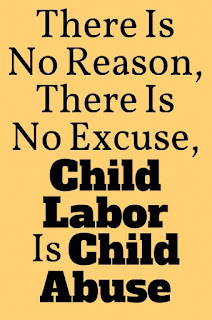 Bangladesh’s garment industry is the world’s second largest after China, accounting for some $25 billion in annual exports. It employs around 4 million workers, most of them women.

A new report from the Overseas Development Institute (ODI) shows how children from Bangladeshi slums work 64 hours a week on average. And many of them work in clothing factories.

ODI undertook a survey of 2,700 slum households in the Bangladeshi capital of Dhaka and discovered that:
1. 15% of six-to-14-year-olds in the city’s slums were working full time rather than studying – mostly as a result of the economic pressures facing their families.
2. At the age of 10, about 8 percent of slum-dwelling children had jobs. By age 14, almost half of these children were working.
3. Although national legislation sets 42 hours as the threshold for ‘hazardous work’ and defines 14 as the minimum working age, the average working week for under-14s in Dhaka’s slums was 64 hours.
4. Two thirds of young girls worked in the clothing sector.
5. Over a third of both boys and girls reported experiencing extreme fatigue.
6. Almost two thirds of the children who started working between the ages of six and ten couldn’t read a single Bengali word correctly.
One factory manager, who was aware that under-14s shouldn’t be working, said he didn’t consider employing under-age workers to be illegal.

According to report co-author Maria Quattri:
“The children we spoke to wanted to be at school… But poverty was driving parents to find jobs for their children, even though they could see that it would jeopardise their long-term future.”

Kevin Watkins, the other co-author, said child labour “transmits poverty across generations” and “traps children in a cycle of poverty”. This is because its cause is usually poverty, and its result is usually educational deprivation. By entering the world of work at such a young age, they are trapped inside a cycle of poverty. And Watkins insists that the results of the investigation into child labour and its effects in Dhaka are only “a microcosm of a global problem that should be at the centre of the international agenda.”

This dismal situation facing workers in Bangladesh is in large part is because big retailers haven’t really committed to improving conditions. They know full well that increasing prices could reduce the number of Western consumers able to buy their products and, unless these customers demand change, they have little financial incentive to improve workers’ rights.

Child labor is not confined to Dhaka’s slums. Crushing poverty leads children across Bangladesh to take jobs to help their families. Out of an estimated 4.7 million child laborers nationwide, the vast majority live in rural areas, working on farms or in homes as domestic servants, according to government statistics and UNICEF. 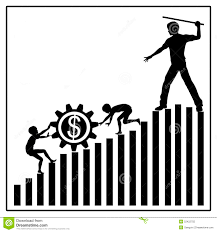