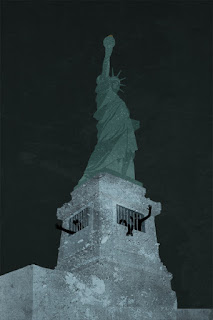 In addition to the 1.6 million people incarcerated in federal and state prisons, there are 646,000 people locked up in more than 3,000 local jails throughout the U.S. 70 per cent of these people in local jails are being held pretrial — meaning they have not yet been convicted of a crime and are legally presumed innocent. One reason that the unconvicted population in the U.S. is so large is because our country largely has a system of money bail, in which the constitutional principle of innocent until proven guilty only really applies to the well off. While the jail population in the U.S. has grown substantially since the 1980s, the number of convicted people in jails has been flat for the last 15 years. Detention of the legally innocent has been consistently driving jail growth. Although, on paper, it is illegal to detain people for their poverty, such detention is the reality in too many of local jails.

If you are arrested for a serious crime, you're supposed to be taken to jail and booked. Then there's some sort of hearing, and if the judge doesn't think you will skip town or commit more crimes, you are either released on your own recognizance, or you post bail, and you are free until a pre-trial hearing. After that, you either go to trial, or plead guilty and accept punishment. But for a great many people, this is not how it works. As a new report from the Prison Policy Initiative demonstrates, over one-third of people who go through the booking process end up staying in jail simply because they can't raise enough cash to post bail. For millions of Americans in 2016, poverty is effectively a crime.

A very small minority (4 percent) are denied bail, while about a quarter are released without bail. 38 percent manage to make bail, while 34 percent can't scrape together the cash. People who can't make bail (let's call them "bailed-in") make little money, with a median pre-jail income of $15,109 — less than half the median income for the general population. Most people who are unable to meet bail fall within the poorest third of society. Unsurprisingly, African-Americans have it the worst, with the lowest median income and the largest difference between the bailed-in population and their non-incarcerated cohort.

Too many jails are detaining people not because they are dangerous, but because they are too poor to afford bail bonds. One study of felony defendants nationwide found that an additional 25% percent of defendants could be released pretrial without any increases to pretrial crime. The study found that many counties could safely release older defendants, defendants with clean records, and defendants charged with fraud and public order offenses, all without threatening public safety. 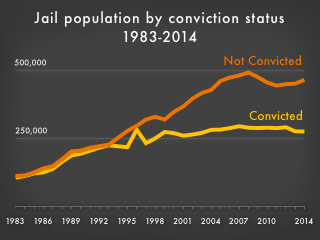 Posted by ajohnstone at 8:30 pm

Is capitalism legal,why is it penalties for property crime more ruthless than those against you getting bashed.