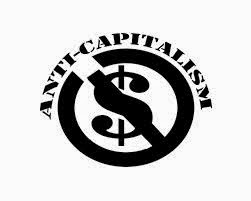 Around the world, inequality is making a mockery of the hopes and ambitions of billions of the poorest people. According to the charity, Oxfam, the number of billionaires (US$) worldwide totalled 1,645 people by March 2014 - up from 793 billionaires in March 2009. Calculations published earlier this year, found that the 85 richest individuals in the world owned the same amount of wealth as the poorest half of the global population. This figure was based on the total wealth of the 85 billionaires at the time of the annual Forbes list in March 2013. The latest research according to Oxfam’s is that in the 12-month period since the last Forbes report, their wealth has increased by 14%, or $244bn - equating to a $668m-a-day increase. The report says From Ghana to Germany, South Africa to Spain, the gap between rich and poor is rapidly increasing, and economic inequality.

The charity on Wednesday, warns that the “billionaire boom is not just a rich country story”. India, which had two billionaires in the 1990s now has 65, while by March 2014 there were 16 billionaires in sub-Sharan Africa alongside the 358 million people living in extreme poverty. In Zambia, GDP per capita growth averaged three percent every year between 2004 and 2013, pushing Zambia into the World Bank'™s lower-middle income category. Despite this growth, the number of people living below the $1.25 poverty line grew from 65 percent in 2003 to 74 percent in 2010. In South Africa, a platinum miner would need towork for 93 years just to earn the average CEO annual bonus.

Oxfam have calculated the length of time it would take the world’s richest people to spend their wealth.  If Bill Gates were to cash in all of his wealth, and spend $1m every single day, it would take him 218 years to spend it all. In reality though, he would never run out of money: even a modest return of just under two percent would make him $4.2 million each day in interest alone. For Carlos Slim, the world’s richest man according to some estimates , it would take 220 years for him to spend his $80bn fortune at a rate of $1m per day.

If you are born poor  you will most probably die poor, and your children and grandchildren will be poor too. In Pakistan, for instance, a boy born in a rural area to a father from the poorest 20 percent of the population has only a 1.9 percent chance of ever moving to the richest 20 percent. In the USA, nearly half of all children born to low-income parents will become low-income adults.

Oxfam, however, does not question the system that allowed such individuals to accumulate such high levels of wealth but merely requests a very limited re-distribution of riches.