No American Dream - Just a Nightmare 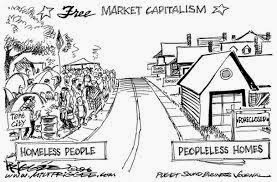 Those on middle income in the United States haven’t seen a wage rise in 15 years. In fact, the percentage of middle-income households has fallen since the financial crisis  2007, the first year of the recession household costs have risen by a staggering 73 percent, or 8 percent per year, and now average $9,144. In the same time period, Census Bureau figures show that median household income has fallen 8 percent.

There was a time when middle-income families could lead a comfortable lifestyle on one person’s earnings. One parent could work while the other stayed home with the kids. Those days are gone. The increasing number of two-earner families was matched by rising costs in a number of areas such as education, home costs and transportation. These cost increases, combined with wage stagnation, mean that families are struggling to make ends meet—and that neither parent has the luxury of staying home any longer. In fact, parenthood has become a financial risk. Having a child is now the single best predictor that a woman will end up in financial collapse.

American household have become dependent on debt to maintain their standard of living in the face of stagnant wages. Nowadays you have to be rich to get a college education; that is, unless you want to begin your career with a mountain of debt. College costs had risen 500 percent since 1985, while the overall consumer price index rose by 115 percent. As of 2013, tuition at a private university was projected to cost nearly $130,000 on average over four years, and that’s not counting food, lodging, books, or other expenses.  The University of California was once considered a national model for free, high-quality public education, but today tuition at UC Berkeley is $12,972 per year. Room and board is $14,414. The total cost of on-campus attendance at Berkeley, including books and other items, is estimated to be $32,168.  State cutbacks in the wake of the financial crisis caused the cost of public higher education to soar by 15 percent in a two-year period. With a median national household income of $51,000, even public colleges are quickly becoming unaffordable.

According to a 2012 American Express survey, Americans who were planning vacations expected to spend an average of $1,180 per person. That’s $4,720 for a family of four. But then, why worry about paying for that vacation? If you’re unemployed, you can’t afford it. And even if you have a job, there’s a good chance you won’t get the time off anyway.  In 2013, the United States is the only advanced economy in the world that does not require employers to offer paid vacations to their workers. The number of paid holidays and vacation days received by the average worker in this country (16) would not meet the statutory minimum requirements in 19 other developed countries, according to the CEPR. Thirty-one percent of workers in smaller businesses had no paid vacation days at all. 14 percent of employees at larger corporations also received no paid vacation days. Overall, roughly one in four working Americans gets no vacation time at all. Even people who do get vacation time—at least on paper—are hard-pressed to take any time off. That’s why 175 million vacation days go unclaimed each year.

The Affordable Care Act was designed to increase the number of Americans who are covered by health insurance. But health coverage in this country is the worst of any highly developed nation—and that’s for people who have health insurance. The number of Americans who report going without needed health-care in the past year because of cost was higher than in 10 comparable countries. This was true for both lower-income and higher-income Americans, suggesting that insured Americans are also feeling the pinch when it comes to getting medical treatment.

There was a time when most middle-income Americans could work until they were 65 and then look forward to a financially secure retirement. Corporate pensions guaranteed a minimum income for the remainder of their life. Those pensions, coupled with Social Security income and a lifetime’s savings, assured that these ordinary Americans could spend their senior years in modest comfort. No longer. Rising expenses means most Americans are buried in debt rather than able to accumulate modest savings. That’s the main reason why 20 percent of Americans who are nearing retirement age haven’t saved for their post-working years. Meanwhile, corporations are gutting these pension plans in favor of far less general programs. The United States ranks 19th among developed countries when it comes to retirement security. The principal reasons the US ranks so poorly are 1) the weakness of  pension programs; and 2) the stinginess of  health-care system, which even with Medicare for the elderly, is far weaker than that of nations such as Austria.

But it is not all bad news. The wealth of the very rich has doubled since 2000, corporate revenues are at record levels and in 2013,  according to Goldman Sachs, corporate profits rose five times faster than wages.

Posted by ajohnstone at 1:28 pm