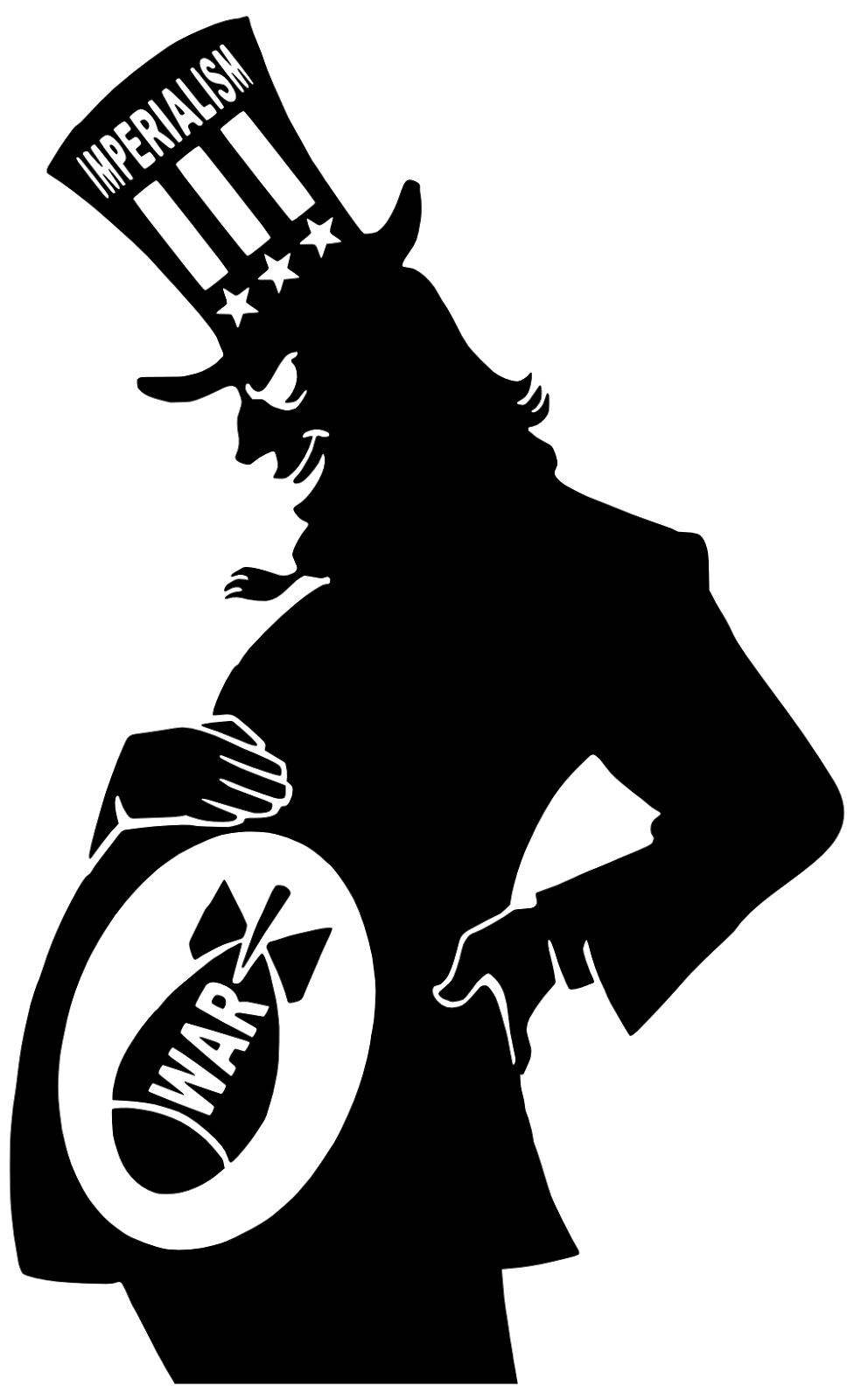 As Karl Marx explained so long ago, those who have capital will invariably seek to maximize “share-value”: increasing revenues (and net profits), reducing competition (through mergers), and reducing labor-costs (through automation, union-busting, offshoring). It becomes sickeningly easy for the “savvy investor” to “make a killing”. Rampant war profiteering is a familiar subject.

Those mega-giant corporations which are almost exclusively in the war “business”—most prominently, LockheedMartin and General Dynamics—are, of course, critically dependent on “perpetual war.” With new military “engagements,” product-demand is ramped up (the profit-margin already exorbitant on contracts), as Congress invariably approves increases for such costly weapons as Apache attack helicopters, Tomahawk cruise missiles (Raytheon), and Hellfire air-to-ground missiles (Boeing/Martin)—the latter “delivered” by Predator/Reaper drones (General Atomics). A cursory examination of Bloomberg.com share-price graphs: in the past 52 weeks, Lockheed grew by 43%, General Dynamics by 41%. It is, of course, a well-known but rarely mentioned fact that such retired military generals and admirals generally hold considerable stock in these “defense” behemoths. One of these retired generals, say, holding Lockheed at $125/share a year ago, offers his interventionist “advice” on FOX-TV (with the assistance of those videos of beheadings), and sells those shares in Sept. 2014 at $184/share. Not bad: $7 million, say, becomes $10 million—in eleven months.

Morally loathsome? Unquestionably. But so much of the economy is propped up by fraudulent and/or harmful products: think of mortgage-backed securities (and phony “adjustable” mortgages), harmful drugs (e.g., Vioxx) and unnecessary surgeries, low-quality, high-fat “food products,” vulgar and degrading “entertainment” products, various “insurance” scams (deductibles, disclaimers, fine print), ad nauseam. These days, of course, the Dow 30 “Industrials” usually include cut-rate, low-quality, labor-exploitative companies like Wal-Mart and McDonald’s (rarely “fast” and barely “food”). But truly useful consumer products—say, real food rather than “processed” junk—are only modestly profitable, compared to, say, military hardware which is of no use or value yet demonstrably lethal to people living in the oil-rich Middle East.

As to the ultimate moral abomination—the widespread, indiscriminate “delivery” of fiery deaths, pulverization and dismemberment by such “weapons-systems”-one may view actual war footage, or “demonstration videos,” on youtube and other sources. Or, most hauntingly, one may see photos of the mournful, tormented faces of children—horribly dismembered–so that (blood-splattered) shares of stock can keep rising in “value,” so that the “business” of invading, killing and bombing can satiate the pecuniary appetites of the big shareholders.

Professor István Mészáros, the Hungarian philosopher, identified what must be done:
“The uncomfortable truth of the matter is that if there is no future for a radical mass movement in our time, there can be no future for humanity itself.”

Posted by ajohnstone at 2:05 am

In a world where there's not enough room for everybody, there have to be rules that make the elimination of some people seem fair.

Arguing about the rules is pointless as long as the basic assumption remains unquestioned.

As long as we keep insisting that somebody must lose, war will never end.

While we all have an innate sense of compassion, the art and science of not choosing war must be learned. It doesn't come naturally.